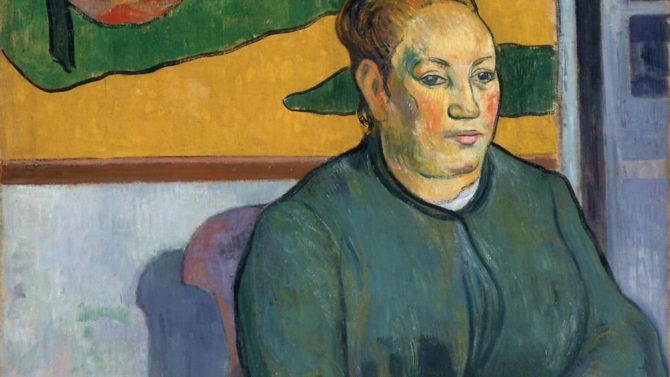 For the first time ever, portraits by Paul Gauguin will take centre stage at a major new exhibition at The National Gallery in London.

Although he was fully aware of the Western portrait tradition, Gauguin was rarely interested in exploring his sitters’ social standing, personality or family background, which had been among the main reasons for making portraits in the past.

From sculptures in ceramics and wood to paintings and drawings, visitors to The Credit Suisse Exhibition: Gauguin Portraits will see how the French post-Impressionist artist interpreted a specific sitter or model over time, and often in different guises.

Together with his use of intense colour and his interest in non-Western subject matter, Gauguin’s approach had a far-reaching influence on artists throughout the late 19th and 20th centuries including Henri Matisse and Pablo Picasso.

The Gauguin Portraits exhibition, which opens on 7 October, aims to show how the artist – inspired by his time spent in Brittany and French Polynesia from the mid-1880s to the end of his life in 1903 – became fascinated by societies that to him seemed close to nature.

With their folk tale heritage and spirituality, these communities appeared to him to be far removed from the industrialisation of Paris.

Gauguin’s inspiration to visit French Polynesia was partly drawn from the exotic novels of Pierre Loti (whose naval training included a stay in Tahiti), his photographs of Borobudur sculptures and Pacific exhibits he had seen at Paris’ Exposition Universelle in 1889.

Born in Paris in 1848, Gauguin’s life and art have increasingly come under scrutiny, especially the period he spent in South Polynesia. The National Gallery aims to explore this controversial subject matter in the exhibition interpretation and accompanying programme.

With pictures from his early years as an artist through to his final visit to the South Seas, the first room of the exhibition will be dedicated to self portraits; the most numerous of all Gauguin’s paintings.

Room Two is devoted to the period he spent in Brittany (1884-91) where, in the remote village of Le Pouldu, he turned his back on his life as a Paris stockbroker to become the leading figure of a new artists’ colony.

Gauguin’s fraught relationships with fellow artists are explored in Room Three, particularly two key friends who, in spite of falling out with him, remained as portrait subjects for the rest of his life: Vincent van Gogh and Meijer de Haan.