11 French language TV programmes you can stream in the UK 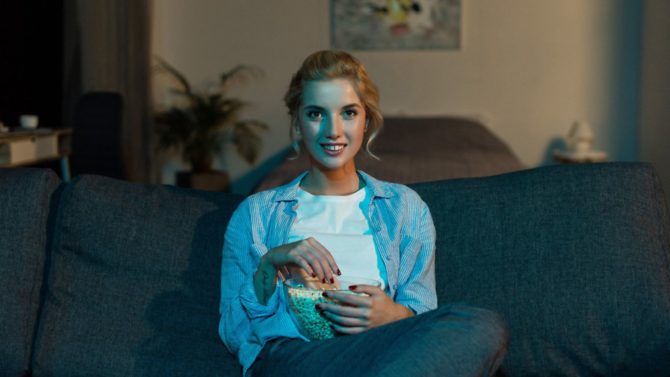 Need something new to watch? Check out our list of French TV shows that you can watch in the UK.

Do you want to improve your language skills ready for your next holiday or your new life in France? A great way to immerse yourself in the French language and culture if you’re not in France in person is to watch a French television series. Whether you like crime, politics, comedy, music or want something for the kids, we have put together our pick of French language TV that you can watch from home:

Set in a small village in the Ardenne forest in northeast France, The Forest (original title – La Forêt), begins with the disappearance of 16-year-old schoolgirl, Jennifer. The local police try to solve the case while dealing with new developments, setbacks and their own personal connections to the events. Being a small village, everyone knows everyone, and everyone knows stories about the forest and those who have lived in it. The mystery unfolds through the six episode series.

Call my Agent (original title Dix Pour Cent) is a comedy drama about an acting agency in Paris. In the world of movies, everyone must be able to think on their feet, know when to keep a secret, and when to bend the truth. Each episode brings a new challenge for the agents, be it clashing actors, difficult directors or a visit from the auditor. Changes to the agency, staff ambitions, friendships, romance and family all add to the continued drama. One of the lighter programmes on this list, this clever comedy will have you laughing out loud and leave you in an upbeat mood and features cameos from famous French actors.

The series, (original title – Zone Blanche) opens with an ominous shot of mist covered hills, and we hear crows craw over a quietly and creepily played Mr. Lonely by Bobby Vinton. This unsettling combination means that when a man and his broken down car are shown on a country road, you can only expect a terrible fate to befall him. The series is set in Villefranche a small town in the heart of a large forest on the border of French and Belgium. The number of inhabitants in the town is dwindling but there’s a sharp rise in crime and the police keep discovering fresh corpses.

Baron Noir is a political drama following the story of French Socialist politician and president-to-be, Francis Laugier, and his friend, the Mayor of Dunkirk, Philippe Rickwaert, who is thirsty for revenge against his political enemies. With black cars, suits, tense phone calls, clandestine meetings, scandal and conflict, the show has everything you would expect from what has been the called the French House of Cards.

There’s more politics in A Very Secret Service, (original title – Au service de la France) this time with a hefty dose of laughter medicine to get you through the Cold War. The series is set in the sixties and has Mad Men’s style but a more outlandish humour. The French intelligence service hires 23-year-old André Merlaux who has to learn to serve and defend the interests of France through peculiar operations and diplomatic incidents.

French foodies can stream the latest episodes of Épicerie Fine (Fine foods) on TV5Monde+. The program is presented by Chef Guy Martin. It highlights the finest products of French gastronomy and follows Chef Martin on his travels to discover the flavours of the world outside the borders of France. The program looks at how and where food is grown and sourced as well showing how to cook the specialities.

Latest episodes available for free on TV5Monde+ (not subtitled)

Not one for the faint hearted, this chilling thriller, rated 18, will have you on edge and gripped to the TV. A reunion of childhood friends at a remote chalet in the French Alps soon turns into a desperate struggle for survival as they get cut-off from rest of the world and a shocking dark secret from the past surfaces.

The Bureau (original title – Le Bureau des Légendes) is a gritty modern day drama dealing international espionage and intelligence. Malotru, a French intelligence officer, who has been undercover in Syria for six years, is called back home. After so long undercover, it is not easy to adjust back to being yourself. Nonetheless Malotru and the team must deal with the disappearance of a colleague in Algeria. At the same time Malotru is tasked with training a new agent to go undercover in Iran.

If you want a break from all the drama, why not relax and take in some music instead? Music lovers can listen to a mini concert from some fantastic French musical artists on Acoustic. Listening to French music is another great way to absorb French language without a rigid French lesson. The show has a similar style to the UK’s Jools Holland, but focuses on one artist per show, which means you get to hear a good number of their songs. Presenter Sébastien Folin interviews the artists about their music and their life.

If you want to introduce your children to some French voices through their TV screens, TV5Monde+ allows you to watch several French cartoons for free through its website. Ella, Oscar & Hoo is a wonderfully cute French cartoon about Ella, a clever little girl, Oscar, a mischievous little boy, and Hoo … A young cloud! Their friendship grows throughout their adventures and they learn to be brave, honest and kind.

Another for the kids is La Cabane a Histoires (Story Hut). Each episode, we join four best friends who meet in a secret hut hidden in the woods (filmed live action). The cabin contains a wonderful array of books and, together, the friends choose and read the stories and thereby travel in magical and exciting worlds, which are brought to life through an imaginative mix of beautiful animations.

Quiz: What do these French idioms mean?

Previous Article Quiz: Are these strange French laws real or fake?
Next Article These are the most pet-friendly places to visit in France