European Heritage Days in France: what to see and do 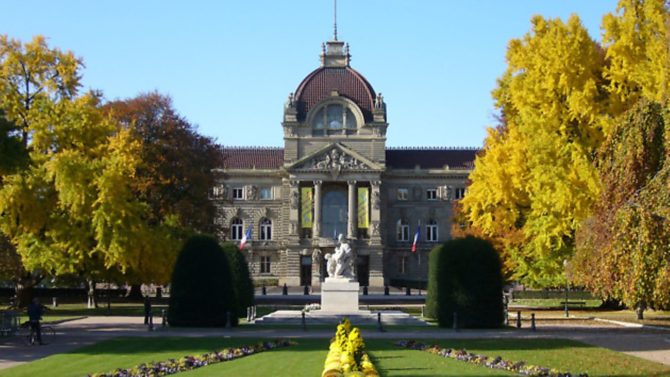 Find out which monuments are opening their doors to the public and what special events are happening in France on the European Heritage Days, or Journées du Patrimonie

The European Heritage Days, or Journées du Patrimonie as they are called in France, are a cultural initiative first created in France in 1984.

It started as a single day where cultural monuments that were usually closed to the public, opened their doors for visitors to discover and explore. Today, with 50 other countries taking part, the event lasts a whole weekend with many special events created exclusively for that weekend and new openings happening each year.

This year’s theme for the 34th edition is ‘Heritage and Youth’ and the event is taking place on 16-17 September 2017.

The full programme of events can be found here and there are our picks of places to visit  in France on European Heritage Days.

The Elysée Palace, Paris: the Presidential palace in the 8th arrondissement will be open to the public for the duration of the weekend. Visitors can discover the Salon Murat where the Conseil des Ministres takes place, or the Salle des Fêtes, decorated in order to accommodate state dinners during the Universal Exhibiton of 1889, but the highlight of the visit consists of a tour of the President’s office.

The RATP in Paris: the well-known company operating the Paris metro will open its doors, tunnels, carriages and even rail works to the public for people to learn about the history and behind-the-scenes of one of the most famous underground networks. Most activities are free to visit at anytime but you may have to book for the guided tours. Check the website for more info.

Neustadt, Strasbourg: Strasbourg’s main square, Place de la République, will be teaming with all-day activities, games and family-friendly stands while some of the district’s monuments, normally closed to the public, will be open for visits, including the Palais du Rhin, the Théâtre National de Strasbourg or the Bibliothèque nationale et universitaire de Strasbourg.

Porte Prison Vannes: The Breton town of Vannes still has three-quarters of its fortifications and you can explore those fortifications, including the Porte Prison, the Tour Joliette and the Bastion de Gréguennic, usually closed to the public. There are morning guided tours on Saturday and Sunday as well as evening tours on Saturday evening (remember to take a torch!).

Abbaye aux Hommes Caen: The impressive Abbaye aux Hommes in Caen will be opening its doors for free for the Heritage Days. This Benedictine abbey was founded in 1063 by William the Conqueror and boasts stunning architecture and paintings. The monastery, cloisters, wine press and guard room will be open to the public on 16-17 September.

Opéra National de Bordeaux: 17 September coincides with the opening of the new season of the Bordeaux National Opera and the premiere of the Voyages de Don Quichotte production. On this occasion and for the Heritage Days, the opera will open its doors for a free tour of the grand theatre which includes exclusive sneak peeks into hidden staircases, backstage rooms and the painters’ room.

Quiz: How many of these French experiences have you had?

La parade des Barquettes, Marseille: Marseille’s iconic little wooden boats will star in boat parades taking place in the Vieux Port just opposite the town hall. These traditional boasts are mostly used for coastal fishing and leisure sailing, but they are a local pride in terms of heritage and their place in the port is fiercely protected, despite competition from bigger and more modern boats. The parades will take place all weekend.

Musée des Confluences, Lyon: Lyon’s impressive contemporary centre for art and innovation will hold several exhibitions and events created especially for the Heritage Days. The focus for these events evolves around the theme of water. Concerts and dance shows will also be held on September 17.

Find out what else is on in September in France

Where to go on the Nuit des Musées