Tale of two wheels: Is France cycling more than ever? 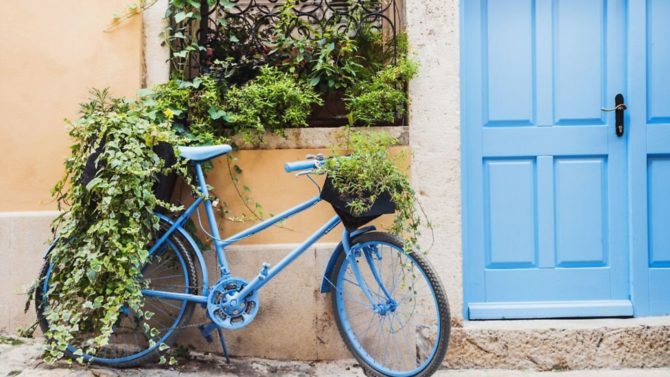 While the Tour de France is delayed this year, cycling culture is expanding in France as the French government works to encourage bike use for everyday journeys

Had the year gone as expected it would be Tour de France time in France, with the 2020 tour originally due to commence on 27 June. Our unusual circumstances, however, have pushed the planned dates of this annual cycling extravaganza back to 29 August – 20 September 2020. But that does not mean there will be a shortage of pedal pushers in France through the summer.

During confinement motor vehicles everywhere have sat idle and as France started coming out of lockdown the government began incentivising its citizens to choose bicycles for short journeys instead of jumping back in their cars.

While cycling for leisure is common, the use of a bike for transport on a commute for example has been less prevalent in France, but this may be beginning to change. Transport Minister Élisabeth Borne said: “When you know that 60% of trips in France are less than 5km, the under-use of the bicycle is nonsense: it is a mode of travel that’s at once ecological, economical and good for health.”

A plan to encourage bike use during deconfinement was launched on 11 May with 20 million euros of funding attached. Then on 29 May this was increased to 60 million euros. From this, there has been 1,000km of cycle paths opened and 70,000 bikes have been repaired. French residents can get still up to €50 for bike repairs when they go to one of the participating repairers or workshops which can be found on coupdepoucevelo.fr. The scheme also offers free training sessions to learn to ride safely.

France has been working to increase the number of people choosing a bicycle for journeys since 2018 when it launched its €350 million plan vélo. This plan has four axes – Safety: developing cycling facilities and improving road safety; Security: fighting against bicycle theft; Incentivising (e.g. through tax relief) the use of bicycles as a mode of transport; and developing a cycling culture e.g. by teaching children to ride a bike. At the time, only 3% of daily trips in France were by bike, which was less than half of the European average, and the government set an aim to triple this share to reach 9% in 2024.

Of course, the humble bicycle has been a part of life in France for decades. The expanses of gorgeous countryside and mountain regions have numerous cycle trails that are enjoyed by residents and tourists alike, for exercise, day trips, and tours of the country.

Goudargues – the village I lived in when I first moved to France . It’s slowly starting to open up here. things go okay on that score. Have a good dimanche

If want to explore these yourselves look out for piste cyclables – standard cycle tracks often separated from roads by a line or a wall – and voies vertes – paths reserved for cyclists, walkers, roller skates and horses – that often run alongside rivers and canals, or through forests. There are also nine routes passing through France that are part of the European cycling network EuroVelo. Before you start planning your cycling holiday trip check out these tips and tricks for cycling in France from Lesley Williams of Cicerone.

And finally, not forgetting that the stereotypical British idea of a typical Frenchman was influenced by The Onion Johnnies, Breton traders who cycled from door-to-door selling strings of pink Roscoff onions.

More on cycling in France:

Discover new hidden routes on your next cycling holiday

Quiz: How much do you know about the Tour de France?

Previous Article Sea of dreams: Living in La Rochelle by the Île de Ré
Next Article Driving in France: 8 of the best Villages Étapes