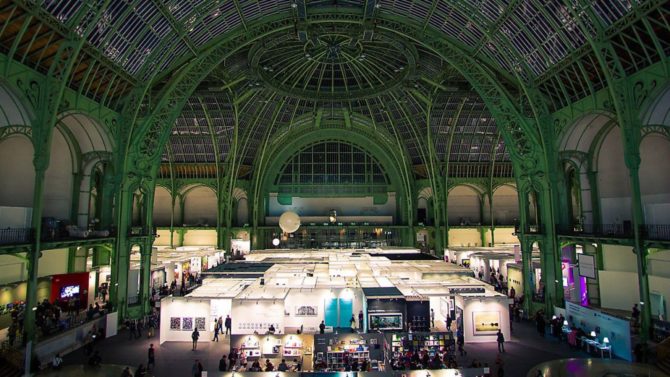 This event is a cross between the worlds of art and photojournalism, with the environment at its core. The aim of the works on display is to encourage people to think more about the future of the planet and sustainable development. The festival was launched in 2004 by Jacques Rocher and involves large photographs being placed in parks, mazes, squares and streets in the commune found in the Morbihan department of Brittany. It has so far attracted over 2.5million visitors and exhibited the work of about 250 photographers from all over the world. This thought-provoking event is taking place between June and September in 2019.

Every summer since 1970, Arles has played host to this popular photography exhibition and has earned a worldwide reputation for being a springboard for photographic and contemporary creative talents. Arles makes full use of its exceptional heritage sites by basing more than 40 different exhibitions around the city in beautiful natural surroundings, churches, as well as more modern buildings. The event brings photographers from all over the world together to share ideas and is known as melting pot for contemporary creativity. Many successful photographers have been discovered through the Arles exhibition, which is next being held from July to September 2019.

France’s capital is home to the largest international art fair dedicated to photography, which is held in mid-November every year, in the opulent surroundings of the Grand Palais. The event brings together almost 200 exhibitors from across the world, offering collectors and enthusiasts one of the most diverse and high-quality exhibitions available anywhere. Every year, the spotlight falls on a different private collection with previous artists including Cy Twombly and Nan Goldin. International publishers, leading galleries, interviews with famous snappers and book launches all form part of the event, which offers a complete overview of the world of photography. Paris Photo 2019 will be held between 6-10 November 2019.

As the name suggests, animals and nature take centre stage in this event held in the Haute-Marne departement in north-eastern France. Held every year on the third weekend of November, the festival is spread across fifteen sites and has more than 2,000 photographs on show inside and outside. The festival has been running for over 20 years and was launched by a group of friends with a passion for photos and wildlife. The programme is based on major naturalist and environmentalist themes which are chosen each year by organisers. Conferences and speeches from famous wildlife photographers are often included in the event. The next one takes place between 14-17 November 2019.

This event is a fairly new addition to the world of photography exhibitions, having made its debut in 2011. But in that time it has built-up a large following and is growing year on year, now being widely recognised as a bold and creative fair. It showcases contemporary photography and aims to convert visitors into buyers. For three days, the Carrousel du Louvre becomes home to photographs by more than 900 artists, with private collections from Japan, Russia, Italy and the Netherlands among those on display. The idea is that prices are displayed prominently and are kept as low as possible, to allow young collectors to buy them. Fotofever returns November 2019.

If you liked these articles, try these: