13 things you didn’t know about the French Open 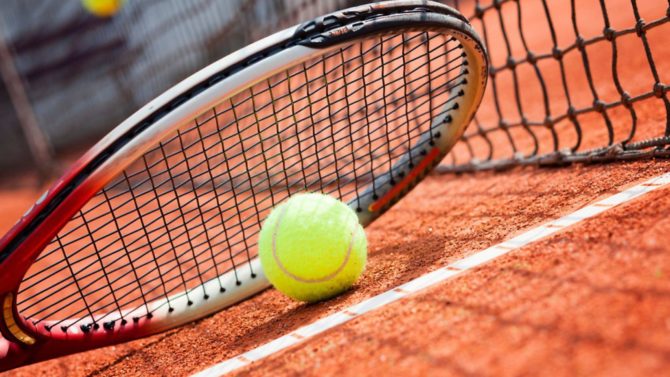 As Rafael Nadal wins his 13th French Open title, here are 13 things you might not know about the famous tennis tournament also known as Roland Garros

1. The first French Open was played in 1891 and was originally played on sand.

2. For the first six years it was only open to men, women weren’t allowed to take part until 1897.

3. What is now called the Stade Roland Garros was constructed in 1928 to host France’s first defence of the Davis Cup.

4. The Stade Roland Garros in Paris where the French Open is played is named after Eugène Adrien Roland Georges Garros, a World War I pilot and pioneering French aviator who completed the first solo flight across the Mediterranean Sea.

5. The ‘clay’ surface isn’t actually clay – the courts are surfaced with white limestone covered with powdered red brick dust, which gives the courts their ochre colour. It is the only Grand Slam event that is played on a red surface. An estimated 44,000kg of crushed red brick are used each year.

6. The Stade Roland Garros is a 21-acre complex boasting 20 courts. Built in 1928, Court Philippe Chatrier is the centrepiece and seats over 15,000 spectators. The other show court is named after French tennis player Suzanne Lenglen, one of the biggest tennis stars of the 1920s.

7. The project to add a retractable roof to Court Philippe Chatrier was completed in February 2020. The roof is made up of 11 trusses, each weighing 330 metric tons, which took two years to manufacture and eight months to assemble.

8. Wilson tennis balls were used for the first time in 2020 and were designed specifically for the clay court.

9. The prize for winning the men’s singles event is the Coupe des Mousquetaires (the Musketeers’ Cup) – it refers to the legendary French tennis stars who reigned over the tournament until 1933 and were known as the Four Musketeers: Jean Borotra, René Lacoste, Jacques Brugnon and Henri Cochet.

10. The Coupe des Mousquetaires remains in the stadium – the winner is given a smaller replica to take home. The trophy is so precious, it has its own special trunk that was created by Louis Vuitton.

13. The multimedia Musée de Roland-Garros is located at the Roland Garros stadium and tells the story of tennis through memorabilia, documents and archive footage.

8 things that are officially part of France’s cultural heritage

9 inventions you didn’t know were French