WIN! A pair of tickets to The Tempest at Maison St Louis in Charente 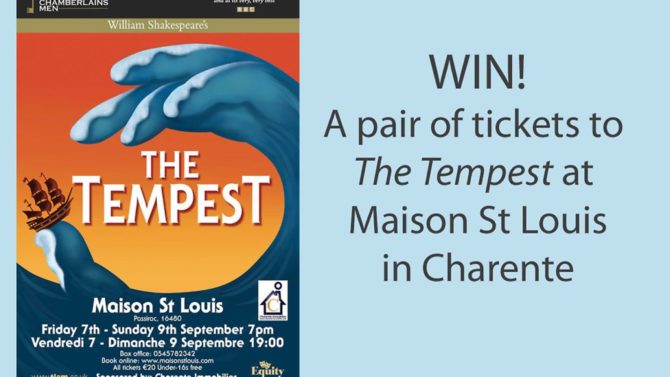 Jane Harvey and her husband Lee moved to Charente with their daughter Poppy in 2015. The property they bought, named Maison St Louis, was once a private school for the château next door and later became an agricultural college, but had then been left derelict for a number of years. The previous owners had converted it into a main house with separate gîtes, which were already being rented out. The couple have since updated the gîtes and completely renovated the swimming pool area. Other onsite facilities include a splash pool for children, games room and La Lune Bleue restaurant, while guests and locals alike can also enjoy a professional production of a Shakespeare play in the grounds.

This will be the third year that the couple have hosted The Lord Chamberlain’s Men, an open-air theatre company that performs at venues throughout the UK and Europe, and its production of The Tempest will be staged at Maison St Louis from 7-9 September 2018. Adult tickets are priced at €20 and there is free entry for under 16s.

We have a pair of tickets to The Tempest at Maison St Louis to give away. To enter fill in the form below. The closing date for entries is 5 August 2018.