WIN! A copy of the book, Against the Current 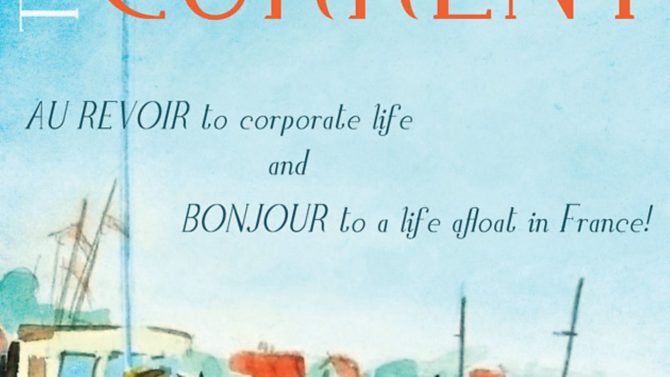 “‘Do not, do NOT, let go of that rope!’ I yelled to Liz as she heaved back on it, trying with all her might to hold Liberty’s bows from swinging further into the current. By now the bows were about five metres out from the quay and the stern about three. The current was winning. There was only one thing left to do. I let the rope go, ran to the edge of the quayside, and leapt…”

Would you leave your job, sell your house, abandon your family and friends and move halfway round the world to live on a boat? With no income, and no idea what the next day would bring?

Probably not… but that’s what Mike and Liz Bodnar did, choosing to cast off from corporate life to live on and travel the waterways of France, adopting a piece of graffiti found under a canal bridge as their mantra: seuls les poissons morts suivent le courant (only dead fish follow the current). Their Gallic adventures include being boarded by armed police, nearly losing their boat and pulling a near-drowned body from the water.

Against the Current is, in Mike’s words, his first ‘proper’ book; he previously published a companion guide to the New Zealand Road Code for new drivers and co-authored a short guide to personal security. His career began as a radio announcer in 1978 before moving into television in the 1980s, so he’s no stranger to the media spotlight.

Peppered with plenty of laugh-out-loud humour, this beautifully executed memoir is a must for anyone who has considered getting away from it all, throwing caution to the wind and seeing ‘what tomorrow feels like’. Enjoy it on holiday or from the comfort of your armchair; it’s a book to travel with both physically and mentally.

We have 3 copies of Against the Current to give away!

Previous Article March 2016 issue of French Property News out now!
Next Article WIN! A copy of the novel, The Price of Love