WIN! A copy of Last Chance in the Pyrénées 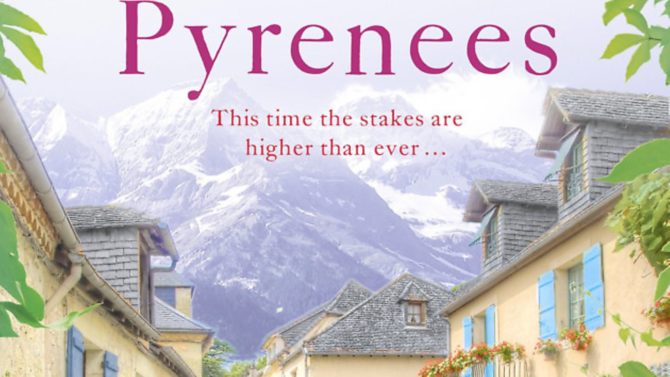 “Winter in the French Pyrénées can be a schizophrenic season. The furious storms that swoop down out of sullen skies to smother the peaks and valleys in thick snow, layering treacherous ice on sheltered stretches of tarmac and hanging icicle pennants on exposed rock, can give way overnight to sun-dimpled days, the heavens a broad expanse of blue cradling the brilliantly white mountains below.”

Julia Stagg’s fifth and final novel in the Fogas Chronicles series is set once again against this now-familiar Pyrenean backdrop, in the fictional village of Fogas. From the festivities and summer heatwave of her last instalment A Fête to Remember, we move into the depths of winter and an altogether more sombre mood. Tragedy strikes at the beginning of book number five with the sudden death of Serge Papon, the mayor of Fogas, and while the residents struggle with their grief they must also face the prospect of a battle to save their village.

Tensions run high when it comes to electing a suitable replacement for Serge and friendships are put to the ultimate test. However, the sense of community spirit that has been present throughout the whole series is still going strong, and becomes even stronger in the face of adversity. Demonstrating that there really is strength in numbers, the villagers come together to protect their way of life, and from the grief and drama there emerges plenty of love and laughter, not to mention glimmers of hope for new beginnings.

Last Chance in the Pyrénées can be read as a stand-alone book so you’ll still enjoy this one even if you haven’t read the other four books in the series (although they’re certainly worth reading – it’d be a shame to miss out on so many adventures). You can’t help wondering how much the author’s own experiences of life in the Ariège-Pyrénées, where she lived for six years and ran a small auberge, played a part in helping her to create such three-dimensional characters. Over the course of five books they’ve come to feel like friends, and it’s rather sad that the time has come to say goodbye, but Last Chance in the Pyrénées certainly makes sure that this charming series ends on a high note.

We have six copies of Last Chance in the Pyrénées to give away. Click here to enter the competition.