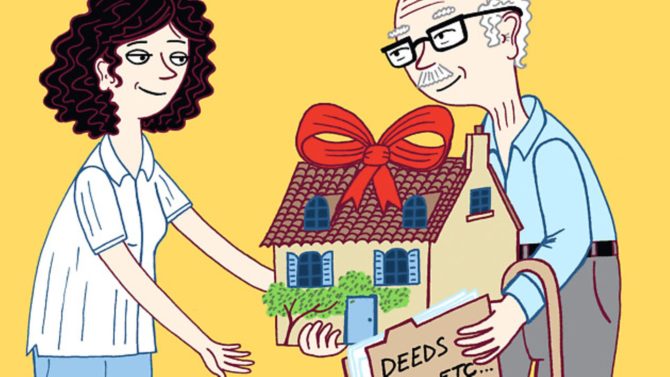 Much has been written recently about the new EU regulation on succession, and its likely impact on how Brits living in France, or owning French property, may be able to review their plans for the succession of their French assets. While we cannot really foretell exactly how the rules will be imposed, we have certainly highlighted before what we perceive to be various issues of concern.

It is probably the case that at one level, a person having written a will in which he or she elects to adopt English law to his or her French assets after 16 August 2015, will be able to do so: their will may be interpreted as a simple declaration that the testator wanted to avoid the reserved hereditary rules that apply in France, so that any person nominated in France would inherit the assets, as would be the case in England and Wales.

However, there is still concern that at some point, a will would be challenged through the courts, possibly by a disinherited child of the deceased claiming that the testator should not have cut them out of the will. Depending on the complexity of any case, it may have to go all the way to the highest courts in France, or even Europe, before a judgment could finally be handed down: that would take many years.

As one example of how such complications may arise, consider this: most people will acknowledge that under English law, unlike in France, we are allowed to leave our estate to anyone we may choose.

There is, however, some legislation from 1975 that tempers that freedom slightly: where a person who was dependent on the deceased in various ways is effectively disinherited, that person may have a right to claim a part of the succession through the courts anyway.

So if the deceased, domiciled in France, decides to disinherit a dependent child by applying English law to their estate and leaving it to someone else, should that child not have the right to invoke the 1975 law power to claim against the estate?

The question then is: what are we doing by electing to apply English law to our French succession? Are we just changing who can inherit, or are we then bringing into the French succession all of the surrounding elements of English estate administration law?

And even if no such cases were ever brought, the fact remains that while it will be possible to name anyone as a beneficiary, the French tax rules will still apply. A testator may then be able to choose to name an unrelated person as beneficiary, rather than their spouse, but that beneficiary would have to pay tax at a rate of 60%.

So there is still a fair amount of doubt as to what will happen under the new rules. The result of this is that we are still tending to direct our clients as far as possible to tried-andtested structures when considering how to address ownership of their French estate. We were recently reassured to see that the French notaire’s advisory body, the CRIDON, takes the same position.

So where a married couple want to ensure that it is the survivor of them who will inherit the whole of the French property absolutely before the children, then we will generally suggest that they adopt a new matrimonial regime of universal community of assets; provided, that is, that neither has children from any other relationships.

If there are other children, or if they are not married, and they want to ensure survivorship between them, we may discuss whether inserting a ‘tontine’ clause in the purchase deed is right for them. It would not be possible if they already own the property, and it may have substantial tax disadvantages, so we would need to review the inheritance tax consequences with them.

There can be other reasons why ‘tontine’ ownership is not always the most suitable option, such as the fact that the property could become effectively ‘blocked’ if the owners cannot agree on what to do with the property.

It is not always the case, though, that the purchasers would be so concerned in ensuring that it is the survivor of them who will inherit all of the property. Many clients are happy to pass on an interest to their children at the time of the first death. This is especially the case where a family is looking to embark on a tax planning exercise: passing one’s estate down to the next generation often results in a reduction in the family’s overall inheritance tax burden.

This is mainly because each child is entitled to inherit in France (at today’s tax rates) €100,000 from each parent free of inheritance tax. Therefore if there are two children, they could inherit €200,000 between them on the death of the first parent and €200,000 on the second death without any French tax being payable. If, however, the parents had completed a change of matrimonial regime, the children would not inherit anything at the time of the first death, so all €400,000 would pass to them in one go. That would result in a tax liability of some €18,000 per child.

So it is clear that when we are advising on inheritance matters and estate planning, we need to take full account of the various structures that are already in existence, considering the personal situation of the clients. We look not only at who will inherit, but what the tax consequences of any particular structure will be in any given instance.

We do also consider with our clients whether ownership should be in the name of one of them only, or whether they should decide to hold through a French company, or otherwise. Overall the position will apparently remain – for the foreseeable future at least – that we will look to employ existing structures wherever possible: mainly because we already know they will work. Not many of our clients would want to gamble with the administration of their estates; the headache they could be leaving is hardly a fitting legacy.

There are, though, a few instances where we do suggest clients elect to apply English law to the devolution of their French estate. For example, where it is intended that they would perhaps leave their English house to one child, their French house to another, or maybe where they are prepared to try anything to disinherit a particular child. Provided they are aware of the potential consequences, it may be the only option that could possibly suit.

Overall, therefore, the new rules are unlikely to become a general panacea for French estate planning practice. They will, though, be another tool that could be useful. As ever with such matters, there is every reason to commission a detailed analysis of your personal situation from specialist solicitors; bearing in mind potential consequences either side of the Channel, before you embark upon your property purchase.

Matthew Cameron is a partner and head of the French Legal Services team at law firm Ashton KCJ. www.ashtonkcj.co.ukFind out more about the new European inheritance laws