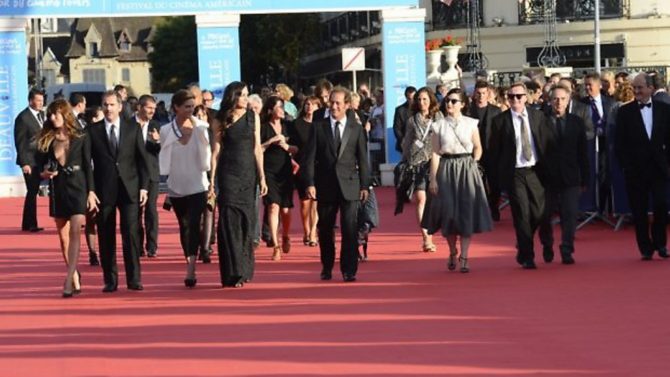 Find out some of the events happening in France in September

The Deauville American Film Festival celebrates its 40th edition this year – from 5-14 September stars will grace the red carpet, while independent

films from the past 20 years will be shown on the cinema screens, which are open to the general public. Director James Cameron (of Titanic and Avatar fame) will be honoured with a special award, and his new film Deepsea Challengewill also be shown during the festival. Adult tickets start from €30 per day.

Featuring everything from stunt versions to more traditional kites, the Festival International de Cerf-Volant in Dieppe is one of the largest kite

festivals in the world. taking place every two years, this year the Normandy event runs from 6-14 September. Learn how to build a kite at one of the workshops, or take part in one of the supervised piloting sessions and learn to fly a kite like a pro. there are also activities for children and displays of almost every type of kite you can think of!

If you’re lucky enough to be in Gironde on Saturday 13 September, then expect to see clowns, salsa dancers and colourful creatures running (or, depending how many glasses of wine they have had, staggering) through the Médoc vineyards during the Marathon du Médoc. With regular (alcoholic) drink stations at the wine châteaux and snacks like foie gras and oysters available, plus a fancy dress theme of ‘carnivals’, this is no ordinary marathon and is great fun for both competitors and spectators.

Anyone in the market for a boat should visit the Grand Pavois de La Rochelle, an international boat fair taking place in the Port des Minimes from 17 to 22 September. As one of the major events in the boat show calendar, the event attracts more than 800 exhibitors from around the world with hundreds of boats on display, both in and out of the water. There are also sections of the show for other water-based activities such as scuba diving, kayaking and fishing. The show is open from 10am until 7pm every day, and adult tickets cost €10.

A must for any fans of vintage cars, the Circuit International des Remparts event kicks off in Angoulême on Friday 19 September for three days. On the Friday, an evening parade takes place in the town showcasing the evolving styles of automobiles and their drivers, while on the Saturday the International Rally sees vintage cars take over the roads of Charente and the race around the cité’s ramparts takes place on the Sunday. An action-packed weekend for spectators and participants alike!

Every September, France celebrates its national heritage during the Journées Européennes du Patrimoine, or ‘Heritage Days’. This year the weekend event takes place on 20-21 September, and sees thousands of museums, monuments and natural sites open for free or at reduced entry rates. This year’s theme is ‘Patrimoine culturel, patrimoine naturel’ (cultural and natural heritage) and many of the famous locations will host special events, including Château d’Amboise, which plays host to afternoon entertainment on both days in the form of Renaissance dancing.

Those visiting France’s wine-growing regions in autumn should expect to see the vineyards bustling with grape pickers and tractors, as the vendanges – the grape harvest – is in full flow. An important event in France, the harvest usually takes place in September and October and is accompanied by festivals in the main wine-growing areas, such as the Fête des Vendanges in Tain l’Hermitage, a town in the heart of the Côtes du Rhône appellation. Taking place over the weekend of 20-21 September, the festival includes a flower parade, traditional mass, fun fair, election of the harvest queen and, of course, wine tastings.

The last week in September is a great time to enjoy a meal out in France, as both the Tous au Restaurant (22-28 September) and Fête de la Gastronomie (26-28 September) events take place. Tous au Restaurant sees restaurants across the country offer two meals for the price of one with a special three-course menu, while Fête de la Gastronomie features demonstrations, food markets and tastings, plus the chance to learn how to match wine to a dish.