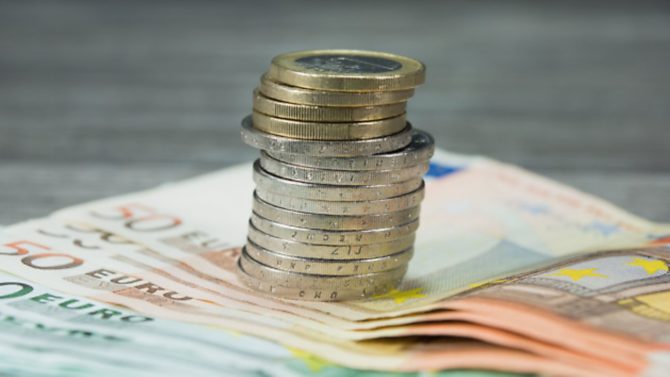 At the beginning of September there has been some recovery in confidence in the Pound and the increase in GBP/EUR means that a €150,000 purchase will cost almost £6,000 less than in August

September has begun in complete contrast to August when we saw the Pound flop at the beginning of the month. With three cent gains against the Euro in just the first two days of the month, anyone considering buying a property in France can breathe a sigh of relief that buying Euro levels seem to have found some support since the Referendum.

Areas of opportunity following the Referendum have been found for some key areas of the UK economy and, alongside language from Theresa May suggesting further delays in the UK’s formal attempts to leave the EU, some of the confidence lost in the Pound last month has been recovered. The corresponding increase in GBP/EUR of close to five cents overall has meant that a €150,000 purchase will cost almost £6,000 less.

Some areas of the economy shine following the Brexit

On the first day of September the Pound rallied by two cents in a single day with one of the first pieces of truly positive news since the Brexit; an extreme upturn in the manufacturing sector.

A business sentiment survey showed the largest increase in confidence for a single month in 25 years. After four years of largely underwhelming performance in this key area of the British economy, made worse earlier in the year by the Tata Steel Crisis, this sudden and dramatic turnaround saw the Pound climb furiously against the single currency.

So it is not all doom and gloom after the leave vote. This increase in confidence for UK manufacturing is put down squarely to the sudden cheaper Pound. Suddenly UK exports are a cheaper alternative in the marketplace compared to the likes of US wares, which are denominated in Dollars and are currently at decades-long highs for most currencies to purchase.

Whilst the same can’t be said for other sectors of the economy, positive glimmers in economic forecasts are building confidence back from the initial shock of the leave vote on the UK economy.

Furthermore, politically we are getting further noises of delays in enacting Article 50, the formal process of leaving the European Union. Whatever your personal views on the Brexit, financial markets have shown emphatically that they would prefer if the UK stayed. So the recent murmurings from May’s gathering at Chequers that we would still be waiting until the beginning of next year to even begin pre-negotiations have helped sure up the Pound in the eyes of global investors.

Whilst the positive atmosphere is growing there is still a large cloud of uncertainty surrounding the UK economy, with a few pieces of information to be released over the next month which could put pressure on buying Euro rates on some key dates.

Whether you are on verge of signing on a property, potentially submitting an offer, or will be viewing soon, the importance of being in contact with a specialist currency broker has rarely been higher.

This post-Brexit vote landscape can change very quickly as we have been shown on numerous occasions since June 24th. The role of a specialist currency brokerage is to keep their clients informed of potential pitfalls as well as opportunities in order to make sure they are as informed as possible if they are considering when to move your capital into Euros when securing their overseas property.

Furthermore if you are quite close to completing on a property, should any curveballs emerge on the currency markets, these can be relayed to you with immediate effect. A premium will be put over the next few months on being able to move quickly should any attractive opportunities to emerge.

You can also fix the rate of exchange as it is on any day you wish for up to 18 months, in a similar way that many do when booking holiday money, but on a more commercial scale. This is done using a popular option called a forward contract. With only a small deposit, this permits you to move forward knowing exactly what your property will be costing as a Sterling equivalent.

Currencies.co.uk, the home of Foreign Currency Direct is a leading UK currency exchange brokerage. Established in 2000, currencies.co.uk are dedicated to offering the highest levels of customer service, that’s why each client is assigned a dedicated currency broker, someone who understands their unique situation and works tirelessly to gain the maximum value for every currency transfer.

FCA Authorisation and a Dunn & Bradstreet Level 1 rating offer peace of mind to over 40,000 clients – of which 94% said they would use the service again.