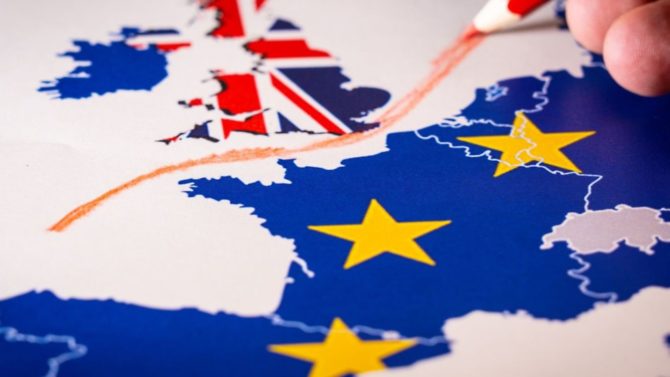 A trial run of a new customs system in Calais, travel to the EU after 31 October 2019, a commitment to uprate UK expat state pensions for the next three years, and the French government’s new website for residency applications

France is preparing for a “probable” no-deal Brexit with a trial run. From mid-September France will trial a no-deal Brexit customs system in Calais to ensure that companies are fully prepared for Britain’s departure from the EU on 31 October. French customs minister Gérald Darmanin, who met with British minister Michael Gove last week in Calais to outline how France is preparing for a no-deal Brexit, has said that there will be a “dress rehearsal” of the customs system the country intends to implement for freight crossing the border. The month-long trial run will see French authorities acting as though Brexit has occurred to make sure they are ready for the end of October.

The plans include 700 extra customs officers and a ‘smart border’ to ease the burden on the estimated 100,000 French companies that trade with the UK. With businesses increasingly concerned about congestion and long taibacks at the border, France’s no-deal Brexit customs system would allow companies to complete an online declaration of goods destined for the UK in advance, to speed up the flow of traffic through the border.

The rights of UK nationals in France after Brexit

On the British side of the Channel, the government has said that most goods will be allowed into Britain without full customs checks for at least three months if there is a no-deal Brexit.

The likelihood of a no-deal Brexit has increased significantly since Prime Minister Boris Johnson’s request to suspend parliament from mid-September to mid-October was approved by the Queen. The month-long suspension means that MPs will then have just days left to debate Brexit ahead of the scheduled 31 October departure date and block a no-deal outcome. The Prime Minister has been accused of trying to force through a no-deal Brexit and the move has been criticised as “deeply undemocratic” by the opposition.

France’s junior minister for European affairs, Aurelie de Montchalin, said on television that “given how things are going, it is probable” that Britain will leave the European Union on 31 October with no plans in place for how to manage travel and trade beyond that date. With no transition period, UK firms would have to start trading with the EU on World Trade Organisation terms, causing good to face tariffs at the border.

Meanwhile, some segments of the economy seem to be benefiting Brexit, such as the Paris property market. Concerned about the implications of a hard Brexit, wealthy French families leaving London to return to France have helped push property prices in Paris to a record level, with a particularly steep increase at the luxury end of the market.

The British government has now launched the Get Ready website which provides advice for Britons planning to travel to the EU after 31 October 2019. The website asks users a number of multiple choice questions and suggests precautions individuals should take to ensure they are prepared for the UK to leave the EU without a deal. The website covers topics such as passport renewal, travelling with animals and mobile phone roaming charges.

The French government has already launched a website for Brexit-related questions and has also announced plans to launch a website that will allow Britons in France to apply for a residence permit (carte de séjour) online, in an attempt to standardise the procedure across the country. French Prime Minister Edouard Philippe announced the plans for the new website, which will start running in October and only process applications of British nationals already living in France at the time of Brexit, at a special meeting of French ministers on Brexit preparations.

How Brexit persuaded this young family to move to France

Travelling with pets after Brexit

Previous Article Can you believe these French properties are under €50,000?
Next Article Bizarre French superstitions you should know about