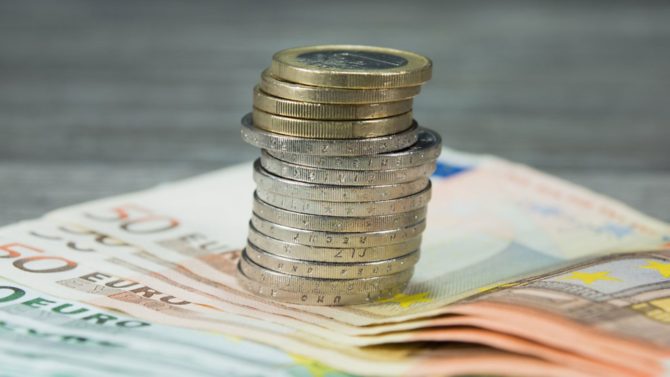 The results of the UK general election saw the pound’s value fall slightly, but with the Brexit negotiations and uncertainty ahead how do you keep up with exchange rate fluctuations?

The results are in. But they were fairly inconclusive. Anyone considering buying a French property saw the Pound fall against the Euro with the recent election, however, the damage was minimal. Some quick scrambling stopped a heavy drop in the Pound’s value, and therefore your budgets have remained intact.

The first exit polls coming through saw the Pound drop about 1.5 cents against the Euro when it seemed fairly likely a hung Parliament would ensue.

Markets’ concern towards the result was understandable. The last time there was no conclusive result from the election the negotiations took 4 days to produce a coalition government. In that time of uncertainty the Pound was hit heavily and, arguably, the stakes are far higher in this situation with the Brexit negotiations looming.

However, whilst the results did see the Conservatives lose their majority, they were well within touching distance. An informal agreement with the DUP was hustled together very quickly, and by the close of play the Pound had recovered by over half a cent against the Euro, making the less than one cent loss a fairly unexceptional day for UK currency markets.

If you would like to keep track of current rates you can find live interbank exchange rates here.

Now the negotiations begin. The Pound has been recovering when it seemed Theresa May managed to avoid a potential disaster, but she still faces challenges she has to skirt.

The legislative agenda for the new government, given that it is a minority government, has to be debated and voted on in the next 6 days. May will face challenges from a stronger Labour party, and the promises to the DUP to get them on side will have to be acceptable to all Conservative delegates.

This test will have to be passed to avoid another election, which Jeremy Corbyn is craving but currency markets will be hoping to avoid, as another uncertain period for the UK will not help Sterling’s value.

How best to approach the markets during this period

2017 has produced another surprise for financial markets, and as described above, we are still not clear on the current strength of the British Government, and this will be key with Brexit negotiations set to begin very soon.

With a prolonged saga like this, with twists and turns expected, remaining an informed currency purchaser will be key to ensuring the French property you are looking to buy doesn’t incur any surprise costs.

A popular option to move forward with peace of mind on an accepted offer is a forward contract. This is a very popular and common option offered by currency brokerages which are largely unavailable in the retail banking sector. For a small deposit, the rate of exchange can be fixed for a period of time specified by you as it is on that day. So like when you complete on your property in the UK, you know exactly what your purchase will be costing you as a Sterling figure. Rather than seeing your budget shift every few seconds alongside the currency markets.

Previous Article A year running a B&B in France
Next Article WIN! A week’s holiday in northern France