Paying your income tax in France 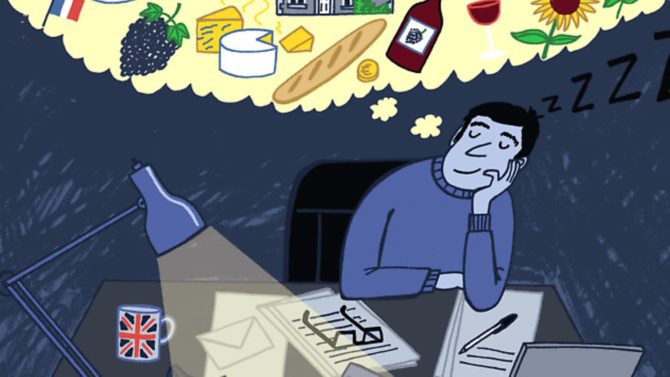 There’s no getting around it; if you’re planning a move to France, you’re going to need to know how to pay your income tax. Tax expert Rob Kay explains how the income tax system works and what rates you pay

If you are living in France or are moving there soon, you’ll need to familiarise yourself with the French tax system and understand how it impacts on your personal situation. You’ll need to be informed on capital gains tax, wealth tax, succession tax and local property taxes among others, but the starting point for most people is income tax.

If you are resident in France for tax purposes, then you are liable to French tax on your worldwide income. You need to follow the domestic tax residency rules, as well as the UK ones if you retain ties or spend time there. If you intend to live permanently or indefinitely in France, you become tax resident from the day you arrive. France uses the ‘split-year’ approach, so you can be non-resident for half the year and resident for the rest.

Note that you do not have a choice; you either are, or are not, French tax resident under the rules. If you are, it is your responsibility to make yourself known to the French tax authorities and to fully declare your income, capital gains and wealth.

Taxes are declared and paid a year in arrears, so income earned in 2015 is declared on your tax return due by the end of May 2016. The tax can be paid in three equal instalments or 10 monthly instalments.

There are two forms of tax on income and gains:

2. Social charges – these are paid in addition to income tax.

Income tax rates are usually only set at the end of the tax year to which they relate. See the table for the rates for 2014.

Husbands and wives are not taxed separately; instead it is the total income of a household that is assessed. There is a parts system, where the family is divided into a number of parts familiales, including children (half part for the first two children). The total income is divided by the number of parts. The income tax scale rates are then applied to this lower figure and, having computed the income tax due, it is multiplied back up by the number of parts. This helps avoid the higher rates of tax, though there is a maximum benefit that a household can receive.

Bank interest, dividends and capital gains made on the sale of shares are now all added to your other income for the year and taxed at the scale rates of income tax. There is a big difference in France between income and taxable income. If you arrange your investments to produce non-taxable

‘income and gains’, this can make a significant difference to your tax bill.

Pensions are taxed at the progressive scale rates. The taxable base consists of income net of social security contributions, less a 10% deduction of a minimum of €379 and a maximum of €3,707; this is per household, per year (for 2014).

UK government service pensions remain taxable in the UK and are not taxed in France, although the income needs to be declared and is taken into account for the purposes of determining the rate of tax payable on your other French source income.

Annuities and QROPS (Qualifying Recognised Overseas Pension Schemes) can receive more beneficial treatment, but you need to seek personal advice. Lump sums received from pension funds are taxable in France at a fixed rate of 7.5%.

A person who is employed in France, unless they are not resident, will be paid net of social security contributions only. No income tax is deducted at source from their income. It is therefore the individual’s responsibility to ensure that they retain sufficient funds to pay their tax liability when this falls due.

There are deductions that can be made from your gross income before tax is calculated, such as social security contributions, pension contributions, a 10% deduction in lieu of employment-related expenses (with minimum and maximum deductions), etc.

Various tax credits are available, which are deductible against the actual tax. Some of them are given on a cumulative basis, and the maximum credit that can be received is €10,000 of the global net taxable income of the household, before the scale rates are applied.

Social charges are an additional tax levied on income and capital gains. They are calculated based on the income declared in your tax return.

Social charges are made up of five elements, with combined rates as follows:

If you are in possession of EU Form S1 for health care purposes, you are exempt from the 7.4% social charges on your pension income.

This is a brief outline of the basics of French income tax; there’s far more to it than this, so it’s important to get personalised, professional advice, especially to lower tax liabilities on your savings, investments and pensions. French tax may be high, but it does present opportunities for effective tax planning if you work ahead.

Rob Kay, Blevins Franks www.blevinsfranks.comNeed more information on French taxes? Read our simple guide to the French tax systemThe tax rates, scope and reliefs may change. Any statements concerning taxation are based upon our understanding of current taxation laws and practices which are subject to change. Tax information has been summarised; an individual must take personalised advice