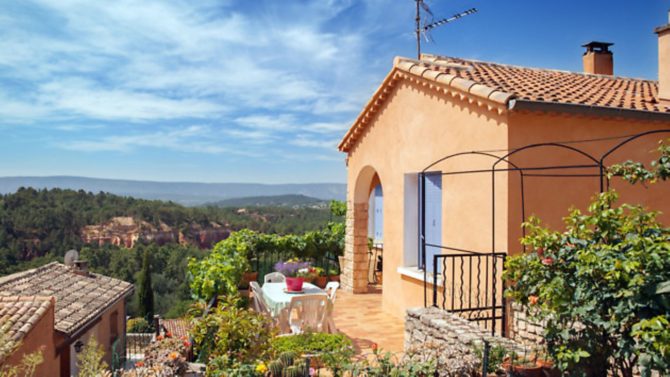 New European inheritance rules come into force in August 2015, our expert explains how owners of French property can benefit from them and how to lay the groundwork now

Many people who already own property in France, or who are thinking of buying, will be aware that French law currently governs the taxation and devolution – who gets what when you die – of your overseas property.

You may also know that the system of law practised in France is civil law and therefore your French property is subject to ‘forced-heirship’ provisions. This means that protected heirs – usually your children – will have a fixed right to at least a minimum interest in your estate. What this means in practice is that the French legal system decides who receives your property when you die.

Put simply, your will is probably, at least partly, ineffective if it conflicts with forced-heirship rules in France. The good news is that this is all changing in 2015 in such a way that it could be to the advantage of British property owners in France.

This key piece of legislation goes by the catchy title of EU regulation 650/2012, also known as Brussels IV. We’ll call it the ‘regulation’.

Under the regulation, after 17 August 2015, any British national who has property in France, or any other participating EU state (and who has taken appropriate action before their death) can choose either the law of the country of their habitual residence, or of their nationality, or choose one of their nationalities if multiple, to govern the devolution of their French estate.

If you make no choice, then the default position is that the succession of your estate will be governed by the state of your habitual residence, which will be France if you are living in your property there.

How do I use the new rules?

This may sound like a ‘silver bullet’ solution to the forced-heirship provisions, which currently thwart the best laid plans of British will-makers, but what many people are not aware of is that the new rules will only benefit those British nationals who have taken appropriate action during their lifetime.

The ‘appropriate action’ is to make a nomination in a will, which is valid in France, stating which law will apply to your property.

In fact, not only can a nomination be made now, it should be made now; and I would go so far as to say that if you are having a new will drafted in the circumstances described above, and a properly drafted nomination has not been included, you should ask ‘Why not?’.

Many may believe that they need do nothing until August 2015, but this is not the case. What if, for example, you lose the mental capacity to make a new will between now and 17 August 2015, either as a result of a degenerative condition or an accident? What if you adopt a wait-and-see approach, and then forget to make the necessary changes?

In both of these scenarios, the estate will not benefit from the new regulations, which in turn could mean that your French property may not pass to your loved ones, regardless of what it says in your will.

Does it apply to me?

Some readers may have heard that the UK, Ireland and Denmark have all opted out of the regulation, and so those readers may question whether the regulation relates to British nationals. Well the opt-out simply means that it is not possible to make an election under British law for foreign law to apply in Britain to British assets, but it does not mean that Britons cannot make an election under the laws of the various participating EU states.

Owners of French property must also be mindful that any nomination made now will have no effect until 2015, which means you need to consider what will happen if you should die in the next few months. Only by taking proper advice from a specialist in international succession and probate law can you ensure that any unwanted succession consequences are mitigated.

I should mention that even after 2015, as things stand now, a UK national will still need to obtain an English grant of representation to collect and distribute UK assets, and tax may also be payable on the French property, but the ability to nominate which law applies, means that the possible nightmare of forced-heirship provisions that currently exist in many EU jurisdictions, including France, could be a thing of the past.

As for tax, although the new law is not intended to directly affect inheritance taxation, in practical terms it could have an impact on the amount of tax paid on your French property. This is because in most EU jurisdictions, including France, it is not the estate that pays the tax, but rather the

What are the different inheritance tax rates?

Each beneficiary has their own tax rate and their own tax-free allowance and so, if you change the beneficiary to one who has a higher or lower tax liability, the overall amount of tax payable will change.

For example, in France there is a higher rate of tax (60%) and a lower tax-free allowance of around €1,500 for unrelated beneficiaries than there is for close family members. Children usually have the lowest tax rate of approx 20% and the highest tax-free allowance is €100,000 In France as in the UK, there is a 100% spousal exemption. This means that there is no tax to pay on any of the estate passing between spouses.

As for inheritance tax chargeable on the same asset in different jurisdictions, there is a double taxation convention between France and the UK, which means that any tax paid twice, can be reclaimed.

Because of ambiguity in the drafting of the regulation, there is uncertainty as to how it will be applied, which means that nobody yet knows precisely how the new rules will work in practice. The interpretation outlined above adheres to the consensus adopted by most specialist practitioners as well as the overriding principles that the new law is intended to follow.

So with only a few months to go before the European regulation comes into force, you should act now to ensure that you protect your French property for future generations.

Daniel Harris is senior associate solicitor at Stone King LLP and one of only a few cross-border specialists holding the Society of Trusts and Estates Practitioners (STEP) advanced certificate in International Succession and Planning.

www.stoneking.co.ukConfused about the French tax system? Read our guide to French taxes

Previous Article Exploring Hautes-Pyrénées
Next Article A guide to long-term renting in France: 7 things to consider