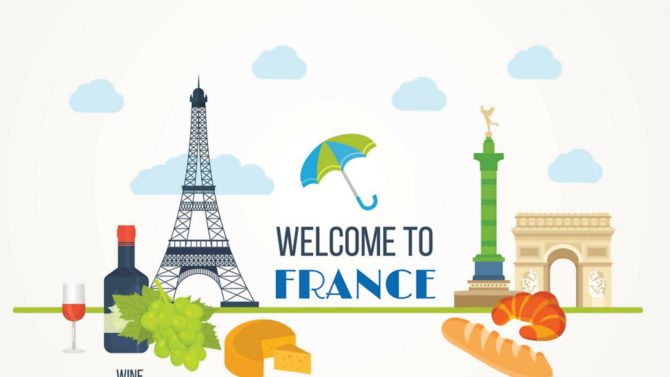 The attractions of the French lifestyle have long made France the country of choice for British expats and new figures show that the cost of living there is lower than in the UK. Yet another reason to make that move across the Channel

How much does it cost to raise a four-person family in the UK?

Ways to save money on your French broadband and phone costs

How to save money on your utility bills in France

How much does it cost to raise a four-person family in France?

The research showed that the overall monthly cost of raising a family in France is €3,947.10, and the average monthly salary per person is €2,281.89.

The average monthly cost in France is breaks down as follows:

How much money do you save in France?

Why Brexit persuaded this young family to move to France

How to help your children learn French

What does an expat mum think?

“While supermarket prices can be steep, families can overcome this by shopping more frugally, cooking from scratch and – in some cases – growing their own,” says Gillian Harvey, who lives with her husband and five young children in Limousin. “With the price of property much lower, mortgage payments are often small or non-existent, meaning there’s more in the budget each month. Child maintenance allowance is generous, and although it’s means-tested, the bar is set pretty high before you have your payment capped. There is also a payment at seven months for those expecting a baby, and a few hundred euros available for children over six before la rentrée (in September) to help with purchasing school equipment. The crèche, too, is heavily discounted and subsidised, depending on your income.

The most important thing for us is there doesn’t seem to be the same culture of constantly wanting more, of competing with other kids, of having to have the latest gadget, or trainers. No one is shamed for having the wrong bag, haircut, games console (if they even own one). Where we live, it’s very unusual for a child under 15 to have a mobile phone. The cost of raising children definitely seems better here!”

Overall, the average monthly cost of raising a family in France works out at €1,674.16 cheaper in France than in the UK. And with average French property prices as low as €118,500 in Dordogne, €109,500 in Charente and €126,200 in Aude, you can buy a lot more house for your money too. Good news – you’ll have more money left over to spend on enjoying life in France!

Previous Article What is the flat tax in France and do I have to pay it?
Next Article 12 reasons to buy the Autumn issue of Living France