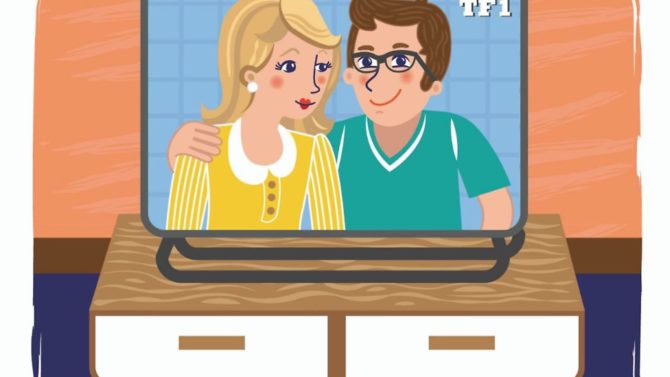 Has comedian and Living France columnist Ian Moore got what it takes to go from stage to screen? He’s about to find out

Just when you think you’re out, they pull you back in!” So said Michael Corleone when he tried to go legit, but the mafia kept asking him for one more gig. Now ok, there’s not a lot of crossover between the organised crime syndicates and the UK comedy circuit, except the level of delusion, but I know exactly where Don Corleone is coming from.

The idea of setting up a B&B in France was that I would have a ‘proper’ job. It was certainly the chance to stay at home more rather than gallivanting around on budget airlines and drinking the Eurostar dry of rosé every week. It was also an opportunity to be away from the limelight a bit, eschew the rampant Brexit media who want one more quote on my situation… a chance to get out.

Well French channel TF1 has pulled me back in, well us really, and has asked if we want to appear on their hit TV show, Bienvenue Chez Nous. It’s a bit like Four In a Bed, where ‘competing’ B&B owners each stay at each other’s place, and mark them for various things like warmth of welcome, décor, comfort, food and of course, cleanliness.

It is, I’ll make this clear early doors, exactly the kind of television programme I avoid. It’s fabricated ‘reality’, pitting wannabe TV stars against each other, designed to create what TV producers call ‘jeopardy’, while people sit agog at home asking reasonable questions like, ‘Where do they get these people?’ I have some experience of this. When we first moved to France a TV company followed me and the family around for a bit, with the idea of making a series about our life.

What’s it like to run a gîte in France?

Escape to the Château DIY returns to Château de Lalande

The producer saw the early ‘rushes’ and called me in. “You all get on very well as a family,” he said. “That’s no good for TV.” When he asked if I couldn’t create some kind of domestic conflict for the purposes of the show, I said no. Thanked him, and was relieved about dodging an invasive bullet.

I don’t know if that TV producer subsequently moved to France and started Bienvenue Chez Nous, but it’s jeopardy-a-gogo. There is no shortage of conflict here. This is, more often than not, grotesque, slammed in front of a camera for the sole purpose of starting a row. There are three couples and at least one of them will harbour a personal grudge against one of the other couples, or have one member of the couple who is clearly certifiably insane and doing their best to get sent back to the padded cell by provoking in the meanest way possible the ire of a competitor

Natalie and I started watching Bienvenue Chez Nous when we first started our B&B project. It would give us an easily accessed, fascinating insight into the world of hospitality, offer nuggets of advice essential to be a success. Well, initially the only nugget we took was that maybe we should abandon the project all together and erect a Trump-wall to stop humanity coming near anywhere us. We stopped watching and our optimism returned.

It’s quite a consideration to allow yourself to be paraded in front of the cameras in this way, but it’s also really good for business. We had a friend of a friend who’d been on the programme and they’ve been sold out ever since. It’s the kind of publicity and exposure that people would pay thousands for and we’d be getting it for free. Well, I say ‘free’, there will be residual expenses like loss of dignity and people sniggering at us behind our backs, but I’ve been in showbiz for 20-odd years, so I’m used to that.

“What kind of competitor do you think you’d be?” asked the TV researcher during our first interview.

“Brutal,” I said to my wife’s surprise.

Well, if they’re going to pull you back in, go in all guns blazing!

Ian Moore is a comedian, writer, chutney-maker, mod and B&B owner who lives with his family in the Loire Valley. He also writes a regular column in Living France magazine.

Previous Article Reality check: what’s it really like to run a gîte in France?
Next Article What is taxe d’aménagement and do I have to pay it?