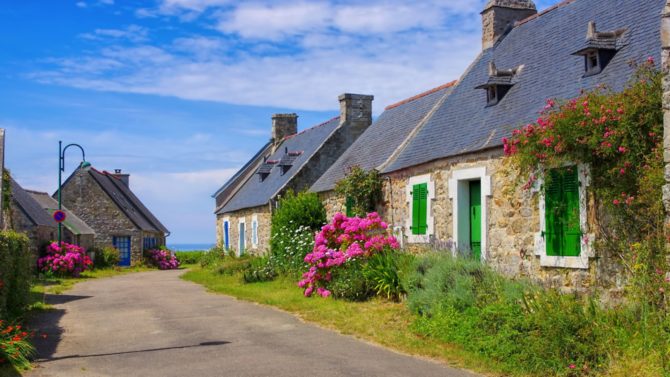 Polls suggest that buyers are determined to move despite Brexit

The first webinar saw property experts Joanna Leggett of Leggett Immobilier and Matthew Cameron of Ashtons Legal, as well as French Property News editor Karen Tait, answer a range of questions on the complexities of buying a French property post-lockdown and pre-Brexit.

In the second webinar, Rob Kay of Blevins Franks and Julie Savill of Beaux Villages, joined once more by Karen Tait, covered the tax implications of buying a French property, as well as answering your questions regarding buying during the coronavirus pandemic.

In addition to delivering crucial and engaging information, the webinars were also a great chance to gather prospective buyers’ thoughts on the current situation, and find out how plans have been affected by it.

Here’s a look at the results of the polls

In the first webinar, we asked what buying plans people had. It seems that the majority of prospective international buyers are keen to make a permanent move, a fact that has been cropping up over and over in the last year. While 30% of responders said that they hope to buy a French property before the end of the transition period in December this year, with the intention of living permanently in France, slightly more (32%) said that they are planning to make their purchase and move next year, after Brexit.

Holiday homes remain a popular choice for international buyers of French property, although it looks like there won’t be as much of a rush: only 6% of people (17% of holiday home buyers) say they want to buy before the end of the transition period, with the remaining holiday home buyers saying they will wait until after Brexit.

This indicates that Brexit may not be as much of a deterrent for buyers of French property as had been expected, something that is corroborated by the results of a poll in the second webinar. There, an encouraging 47% of responders said that Brexit has not affected their buying plans at all. 19% of those who responded, however, said that it has put the pressure on to move their property purchase forward to this year, while 24% said that it has actually put their plans on hold altogether.

A third poll in the webinar asked people about their budgets for a French property. The results showed that bargains remain popular, with 29% of participants saying they plan to spend less than €150,000 on a property. At the other end of the scale, 10% of people asked said they are budgeting for between €501,000 and €1m, and 4% plan to buy a French property for over €1m.

The most common budget for a French home, however, is between €151,000 and €300,000, which was selected by 38% of responders. This figure supports the idea that the majority of buyers are looking for a permanent home. For between €151,000 and €300,000 you might not get a little bargain bolthole or a luxurious summer villa, but you’ll most certainly be able to find a lovely long-term base, perhaps a family or retirement home, with some land.

What does this mean?

The significant proportion of people who plan to buy property in France next year, after Brexit, still have options open to them. Although nothing has been formally announced, it’s probable that UK citizens will have to undergo the same processes as other non-EU citizens when applying for French residency. So, if you have proof of the necessary financial resources, documents and plenty of patience, there shouldn’t be a problem.

For those who don’t want to rush into a purchase but also want to become resident under the current laws, there’s also the option of renting in France before the end of the year in order to qualify as a resident, and then buying a property later down the line.

For the responders who said that they plan to buy a holiday home, it is not surprising that the majority are not rushing to purchase this year. As long as stays in France are kept relatively short and you remain a citizen in your home country, seocnd home owners will not be affected too much.

“People wanting to complete their purchase before the deadline need to have an offer accepted by 1 October,” says Verity Reeve of French estate agency LBVImmo.

Peter Elias of Allez Francais agrees. “Ideally a compromis de vente should be signed before the end of September,” he says.

“With a good agent and notaire it may be possible to work the magic in the first two weeks of October, but that is cutting it very fine.”

Overall, it seems that many people remain committed to making their French property purchase happen, whenever that may be and whatever the circumstances. And for those who feel that Brexit has put a stop to their plans: take hope and keep doing your research, as all might not be lost!

Social but distanced: beautiful French properties for sale on the edge of villages and towns

The stats are in: here’s where Brits are retiring in France

Previous Article Want to run a business in France? Here’s what you need to know about health insurance
Next Article The nursery where Monet bought his famous water lilies…and seven other things we learnt in the October issue of French Property News