“Dear British friends…we will protect you,” Macron tells Francophiles keen to stay in or move to France 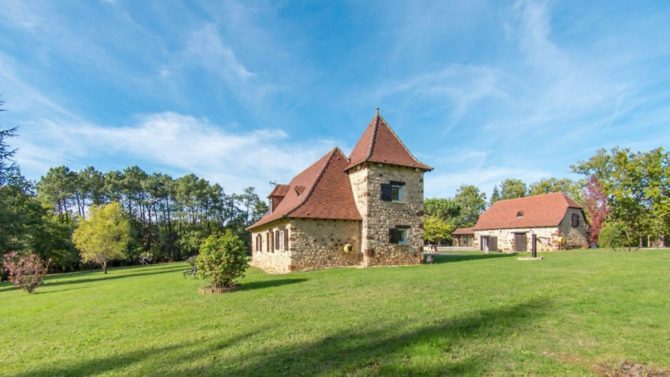 In an open letter evoking the spirit of the Entente Cordiale, the French President said: “I am thinking of the hundreds of thousands of British citizens in France who are wondering about their rights and their future: I assure them that we will protect them.”

Mr Macron said the French felt a debt of gratitude to the UK for its help during the Second World War and that he wanted to open “a new chapter” for the two countries. “Dear British friends, you are leaving the EU but you are not leaving Europe. Nor are you becoming detached from France, nor the friendship of its people. The Channel has never managed to separate our destinies; Brexit will not do so, either.”

The warm words were welcomed by Anglophone estate agents in France, who say their phones are red-hot with Brits eager to secure French residency before the end of the Brexit transition period in order to enjoy an automatic right to remain.

“We have been run off our feet with British househunters now that Brexit is actually happening,” said Charles Miller, who runs Charente Immobilier. “The 31 December 2020 deadline for those who wish to be resident in France with the right to remain has really focused their efforts. And as Macron says, the UK may be leaving the EU but the French remain very welcoming towards the British.”

Last month, more than 8,000 Brits called nationwide agency Leggett Immobilier to enquire about moving to France, an increase of 55% on the month before. “We have had to take on extra staff to cope with the demand,” said agency president Trevor Leggett. “It’s as busy as we have seen in our 21 years as an agency.”

Matthieu Cany, a London-based Frenchman who runs the bilingual estate agent network Sextant Properties, wholeheartedly agreed with Mr Macron’s comments. “I do believe he speaks from his heart and likes British citizens living in France,” he said. “They help us to revive old villages by renovating houses, creating gîtes and guesthouses, businesses and even pubs! We count several British citizens among our local agents, and they live happily in France and mix well with the local communities. I am sure that Brexit is just an administrative process and that it won’t change the relation between our two countries.”

Brexit day: what does it mean for prospective French property owners?

Previous Article Win! Notre Dame de Paris – A Celebration of the Cathedral by Kathy Borrus
Next Article From punk rock to singing retreats at a rural haven in France