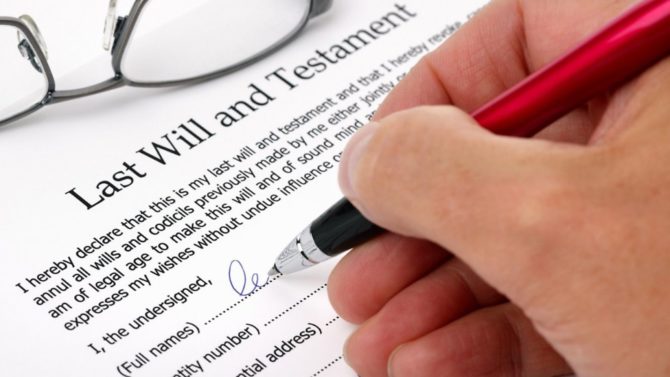 In the second of this two-part series, Dan Harris, Head of Stone King solicitor’s International & Cross-Border department, who is also a French specialist, completes his review of some of the key French tax and French succession conflicts of law.

WILL YOUR LOVED ONES INHERIT YOUR FRENCH PROPERTY?

The Regulation applies differently to countries outside the EU than it does to most EU countries. Moreover, because the UK opted out of the Regulation at the time, it has always been treated as a state outside the EU and so Brexit makes no difference to how the regulation is applied to UK nationals.

The fact is that the application of the rules is complicated and because the UK is treated differently to most EU states, it is very common for French notaires (and UK non-specialist lawyers) to make mistakes in both planning for UK nationals and the administration of the estates of UK nationals.

The basic premise of the EU Regulation is that it is the law of your ‘habitual residence’ that determines whether French or UK law applies. You would be forgiven for thinking, therefore, that if you live in the UK, UK law will apply to your French home, but this is not the case.

To be specific, where an Anglo-Welsh individual is resident in England & Wales, and they are relying on the laws of their habitual residence to apply to their French property, French law usually applies to the French immovable property and that may mean that their home does not pass as they wish.

This is because under French law you do not have the same freedoms as under English law to give your assets to whomever you wish which means, if you have a will that contradicts French law, then the French rules can override the will and take precedence.

In France the rules (based on the Napoleonic code) say a portion of your assets must go to your children equally and so if you want to leave all of your home to your spouse, or to one child, the French default position doesn’t allow this.

CHOOSING THE LAW OF YOUR NATIONALITY TO APPLY

However, it is possible to choose the law of your nationality to apply, instead of relying on the default position of ‘habitual residence’, and if you are Welsh or English, or Northern Irish, this means you can leave your assets to whomever you wish (subject to claims against your estate by dependents). If you are a Scot, some restrictions apply, meaning a share of movable assets can be claimed by children or a spouse, as appropriate.

The key difference between relying on the default position of ‘habitual residence’ and making a choice of the law of your nationality, is that where there is a choice of law, immovable property in France is treated as though it is situated on UK soil. In the example above, this means that the UK rule for immovable property (which applies the laws of the country in which the property is situated) is ignored.

Choosing UK law (whether English & Welsh, Northern Irish or Scottish) however can have its drawbacks. There can be significant adverse tax consequences in certain circumstances and it is not uncommon for both non-specialist French notaires and non-specialist UK lawyers to make critical errors when making choices of law.

The French notaires make mistakes because there is not a great will-writing tradition in France and because (when choosing UK laws to apply) they know little or nothing about UK laws. The UK lawyers make mistakes because they make ineffective choices of law, or are unaware of the correct application of UK private international law, or because they make ‘standard’ UK provisions in wills covering French assets which are incompatible with French laws.

Both the French and UK non-specialist lawyers also make mistakes by incorrectly interpreting the EU Regulation or by making dispositions in wills that have serious adverse tax and/or succession consequences.

Many assume that if they have a UK will drafted in England & Wales and a French Will drafted in France then they will have done everything possible to protect their loved ones and mitigate tax, but this is seldom the case.

While it is true that both sets of lawyers can draft wills that work in their own jurisdictions for nationals of their own countries, they are seldom successful in dealing with the all-important cross-border elements that even highly-experienced domestic lawyers can get wrong.

This series of articles began with the H L Mencken quote: ‘For every complex problem there is a solution that is clear, neat and wrong’. Where specialist cross-border advice can add value is to deconstruct the complexity and deliver certainty and accuracy for your loved ones at a time when they need it the most.