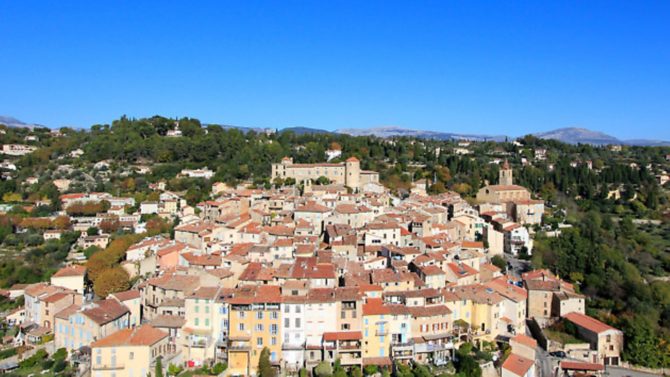 Stretching from Saint-Tropez and the Mediterranean coast through mountains and forest to the Alps and the Gorges du Verdon, the department of Var in Provence-Alpes-Côte d’Azur is certainly diverse and popular with those looking for a life in the sun

From vineyards and olive groves, to beaches and mountains dotted with medieval villages, the department of Var is so diverse it makes fun of borders. The river whose name it bears is nowhere to be seen – since the boundary was moved in 1860 – and the department begins in Provence and ends up on the celebrated Côte d’Azur, without the price tag for the most part. Backed by a lush hinterland, blessed by year-round festivals and a beautiful stretch of the Riviera mirrored in the crystal clear waters of the Mediterranean, it’s the best of both worlds. No wonder it’s a favourite holiday destination for the French.

Lively, colourful and definitely on a human scale, Toulon is the capital of Var, and is a mix of stylish squares and boulevards, alleyways untouched by time, and pedestrian lanes with sights that say it all: here a shop promising a ‘cure gourmande’ (gourmet treats), there a pâtisserie with tempting creations. On the nearby Cours Lafayette, the daily market is in full swing: tomatoes, peaches, apricots, knobbly peppers you have to hold in both hands, olives, melons and more. It’s a serious business for the shoppers browsing the juiciest pickings in this generous kaleidoscope of colours and smells.

As every local will tell you, all roads in Toulon lead to ‘the most beautiful harbour in Europe’. Known since ancient times and home to the French Navy, the vast bay of Toulon basks magnificently in the southern light, almost enclosed by peninsulas and sheltered by hills to the north.

Yachts glisten in the marina, ferries leave for Corsica, and cruise ship passengers step ashore full of anticipation. Some join a guided tour of the city, while locals head for the sandy beaches of Le Mourillon or simply relax along the quay where restaurants serve scrumptious seafood salads, moules marinière and the ubiquitous Rosé de Provence.

Out in the bay, the impressive barrier of the Monts Toulonnais frames the city, their white limestone summits highlighting the blue sea and the green umbrella pines on the lower slopes. The highest point is Mont Caume at 804 metres, and the most popular is Mont Faron, easily accessed from the city by road or cable car. At the top, at almost 600 metres, Toulon is at your feet. The bay spreads like a giant canvas and the peninsulas and islands rise silhouetted against the blue sky. There are a couple of traditional restaurants, a museum dedicated to the allied landing in Provence and for those who love to ramble, a beautiful forest criss-crossed by sign-posted footpaths.

Vibrant golden blooms line the trails, cicadas insects sing incessantly in the trees and there are fabulous views of the hinterland: all wooded hills and scattered villages and the emerald Lac du Revest, with its sparking blue water, nestling among the trees.

Beyond the sprinkling of resorts west of Toulon, Bandol beckons, with vineyards near the coast on south-facing slopes, sheltered from the mistral and gently cooled by the sea breeze. The first vines were planted in 600 BC and today AOC Bandol delights connoisseurs far beyond the departmental borders. At the foot of the hills, once haunted by the jet set, Bandol is now a ‘ville tranquille’ where French families spend quiet holidays in secluded villas. There are sandy beaches and rocky coves and the Île de Bendor, little more than a rock, which was bought by pastis magnate, Paul Ricard, and is devoted to art exhibitions.

Further east along the coast from Bandol – around 30 minutes east of the capital – lies Hyères-les-Palmiers, a ‘green city’ full of colour and fragrance, and the top producer of cut flowers in France. Boasting some 8,000 tropical trees, orange groves and panoramic gardens, it is a beautiful and stunning sight. Up on the hill, the old village and castle look down on an amazing ribbon of family-friendly beaches and the thin strips of land around the Giens peninsula, otherwise covered in salt marshes and lagoons, which are home to migrating birds and flamingos.

From Hyères, ferries sail to Les Îles d’Or, a group of islands comprising Port-Cros, with its mountainous national park; the island of Le Levant favoured by nudists; and Porquerolles, the most visited, with its cheerful little village draped in flowers and eucalyptus trees, as well as idyllic beaches and unspoilt countryside, which can only be explored along cycling or walking trails. In peak season, the islands can also be reached from other coastal resorts, such as Le Lavandou.

Saint-Tropez and the Mediterranean beaches

The pretty, pastel-hued resort of Le Lavandou counts no less than 12 beaches, each one claiming a different type of sand lapped by blue shimmering water and fringed by a coastal path with new vistas on every corner. Riggings tinkle in the harbour and every afternoon, a gathering of pétanque players meet under the plane trees. Le Lavandou is a relaxed sort of place for eating al fresco, swimming, sailing, spotting dolphins and whales, and marvelling at the nearby medieval village of Bormes-les-Mimosas. High on the slopes, it’s a maze of stepped alleyways, arches and vaults dripping with bougainvillea, oleander, jasmine, pale-blue plumbago, and 700 other species of plants; fully deserving its title of ‘most beautiful village in bloom’ and its European Gold Medal. The views from the town hall esplanade are superb, from the hills to the sea, and there are scenic walks through the fragrant Mediterranean garrigue and pine trees.

Beyond Le Lavandou, the ‘Corniche des Maures’ follows the coast past the ‘Jardin des Méditerranées’ at Domaine du Rayol, then on to the bustling resort of Cavalaire-sur-Mer and the Saint-Tropez peninsula with its ‘villages perchés’ above the vineyards, such as Ramatuelle or Gassin, looking out to Port-Grimaud’s Venetian style marina and the Bay of Saint-Tropez. Saint-Tropez is fashionable and expensive, especially during the annual regatta, but otherwise, sleek yachts aside, its luxury is discreet and day visitors happily wander along the quay, gazing at the traditional fishing boats, the colourful reflections of waterside buildings, and the iconic church tower before unwinding on the famous white sands of Pampelonne, or climbing through the old town to the citadel for more breath-taking views. Across the bay, just like ‘Saint-Trop’, Sainte-Maxime is a haven for artists who love the light and scenery here. The coast then winds its way to the last outposts of Var: Fréjus and its Roman remains and sunny Saint-Raphaël, framed by the red cliffs of Estérel.

But there is more to Var than coastal delights. With more than 60% of the territory covered in forest and a greater variety of plants than any other department, the hinterland is a rollercoaster of mountains and hills rising towards the Alps in ever-changing landscapes. To the west, the Massif de la Sainte-Baume tops 1,100 metres, a sheer limestone barrier where according to legend, Mary Magdalene found refuge in a grotto, which shares the limelight with the eponymous basilica in Saint-Maximin. To the east, the fiery rocks of Estérel plunge into the sea, and in between, the Massif des Maures, one of the wildest areas in Provence where red-roofed villages doze among cork oak and chestnut trees. Var claims four of the Plus Beaux Villages de France, including Tourtour, ‘the village in the sky’, and Bargèmes, at 1,097 metres, the highest in the department; and other hill-top villages as pretty as postcards, especially in the Pays de Fayence.

Space, scenery, fresh air, the ‘arrière-pays’ is truly Provençal: fragrant with rosemary, juniper and thyme. It’s the perfect place to ramble along spectacular trails, cycle through the forest or enjoy the panorama on horseback.

Villages offer local produce: truffles in Aups, chestnuts in Collobrières, honey and cheese around Draguignan, figs in the Gapeau valley, and after feasting in one of the local bistros, there may be time to chat to a pipe-maker, a potter, a wood-turner, or seek out an old oil press or a wine cellar for a bottle or two of Côtes de Provence. It’s all part of the local heritage, just like lonely castles and chapels, the troglodyte dwellings in Cotignac or the inspiring Abbaye du Thoronet hidden at the heart of the forest.

Meanwhile, the River Argens meanders for 114km across the department; from its source in the west, to the sea near Fréjus, past villages and vineyards and the dramatic outcrop of Roquebrune; delighting every canoeist along the way with its rushing waters and quiet stretches. On a hot summer day, the lakes also make a pleasant change from the coast: Carcès for a spot of fishing, or Saint-Cassien for swimming and boating; or the lovely lake of Sainte-Croix, one of the largest in France, which marks the northern border of Var and is the entrance to Les Gorges du Verdon.

Without a doubt, Var has it all for those searching for a slower pace of life and spectacular scenery.

Read about a British couple who run an olive farm in Var and dscover other areas of southern France: Bouches du Rhône; Gard and Hérault

Previous Article Dordogne Valley Road Trip
Next Article Beautiful France: 20 images that sum up the magic of France in winter