Dieppe is France’s most beautiful market 2020 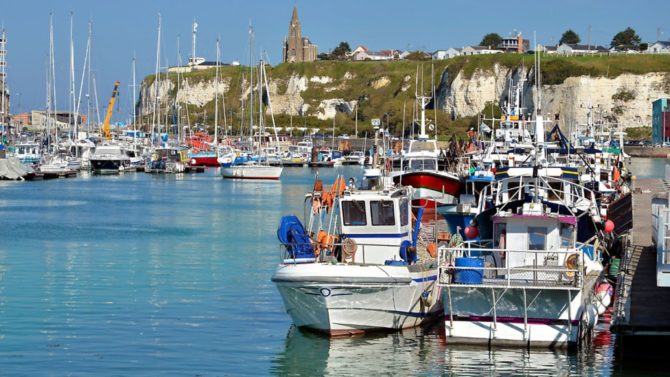 Dieppe’s market has been named ‘le plus beau marché de France 2020’ in a competition organised by news channel TF1. The Normandy fishing port was announced as the winner of the ‘most beautiful market in France’ title on Friday 10 July, with Bergues in Nord taking second place and St-Pierre in overseas department Réunion coming third. Situated on the coast of Seine-Maritime, Dieppe is home to a number of popular festivals that celebrate its famous seafood, including scallops and herrings.

More than a million votes were cast in this year’s competition, which first began in 2018 when Sanary-sur-Mer in Var took the ‘best market’ title. Dieppe came 8th in 2018 and narrowly missed out on the top spot in 2019, coming second to Montbrison in Loire (Auvergne-Rhône-Alpes), and this year fought off strong competition from well-known markets including those in Amiens in Somme, Brive-la-Gaillarde in Corrèze and St-Jean-de-Luz in Pyrénées-Atlantiques.

Meanwhile, Hunspach in Alsace has been named as France’s favourite village 2020 after winning the public vote in this year’s Le Village Préféré des Français, the popular television programme hosted by Stéphane Bern which first aired in 2012. Beating Les Anses d’Arlet in Martinique and Ménerbes in Vaucluse into second and third place respectively, Hunspach secured a third win for the Alsace region after Eguisheim took the title in 2013 and Kayserberg in 2017.

The French also have until 26 July to vote for their favourite monument 2020 from a list of 14 contenders that includes Belfort’s citadel and lion and Villandry’s château and gardens. The winner will be revealed in a special episode of Le Monument Préféré des Français, again hosted by Stéphane Bern and shown on television channel France 3.

Previous Article Join our French property webinar!
Next Article Why living next to a cemetery can have some advantages…and seven other things we learnt in the August issue of French Property News, out now!