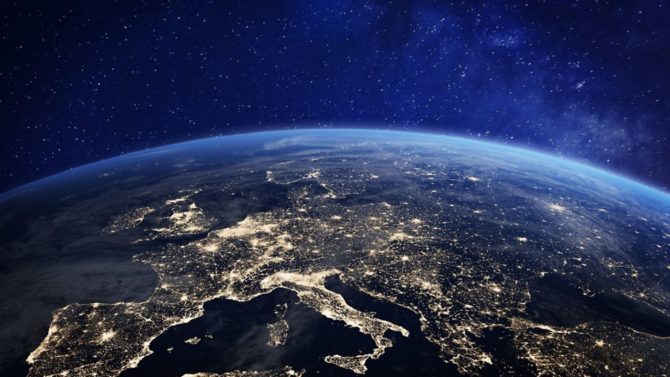 France has helped launch a satellite to study the effects of global warming; but how do French attitudes towards climate change compare to those of other Europeans?

A satellite designed in collaboration between France and China to help scientists better understand climate change is now in orbit.

On Monday (29 October) China’s State Administration of Science, Technology and Industry for National Defence announced the successful launch of the satellite which will orbit the Earth at a distance of 520km from Earth for three years. It will allow scientists to observe the world’s oceans and better predict storms and cyclones and will help improve understanding of the interactions between the oceans and the atmosphere.

This is one large-scale project that France is involved in to tackle climate change, but there are many other smaller ones, and even on a personal level there is a strong interest among French citizens in doing their bit.

The latest European Social Survey (ESS) has found that French people have one of the highest senses of personal responsibility towards climate change in Europe and the highest sense that their actions can make a difference.

Round 8 of the ESS study surveyed 44,387 respondents from 23 European countries. On an 11-point scale, France scored just under seven for feelings of personal responsibility and a little over seven for self-efficacy.

When asked about their beliefs on the realities of climate change, 96.3% of French respondents said the climate is probably or definitely changing, 93.8% said climate change is at least partly caused by human activity and 73.7% said they believe that the impact of climate change will be bad.

These worries about climate changes were evident in the recent marches around France. On Saturday 13 October tens of thousands of people marched in Paris and other major cities across France including Lyon, Bordeaux, Lille, Marseille and Strasbourg. The protests urging politicians to act on climate change followed the release of a specialreport from the UN which looked at the adverse impacts of global warming reaching 1.5°C, which the report estimates will between 2030 and 2052 if it continues to increase at the current rate.

11 French Eco InitiativesWhere are the greenest towns and cities in France?Study shows France offers a better work/life balance than the UKMove abroad, have an affair, get a tattoo: the wishlist of British over-55s

Previous Article Would you like to stay at this B&B in France for free?
Next Article How much does it cost to renovate a house in France?