Béziers at a glance 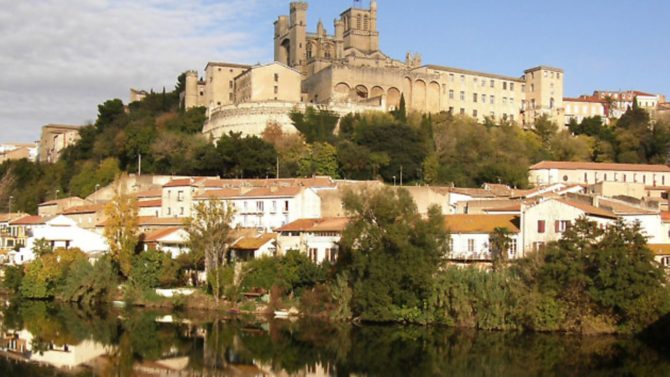 The town of Béziers in the Languedoc-Roussillon region of southern France offers sunshine, easy accessibiliy and plenty of attractions. We take a quick look at the town

Béziers is in the Hérault department, between Montpellier and Narbonne, and not far from Carcassonne and Sète, none of which are more than an hour’s drive away.

Thanks to its Mediterranean location, Béziers offers one of the sunniest climates of the whole of France with more than 300 days of sunshine every year. Hot summers and mild winters make this area of the south popular with tourists, but it isn’t overcrowded.

There are plenty of attractions in the town with its winding roads, ancient architecture and quirky cafés and shops. It also makes a great base for touring the surrounding area and for a coast and countryside break. Beziers boasts one of the oldest vineyards in France which was created by the Romans. Must-see visits include: Les Neuf Écluses (Nine Canal Locks) de Foncérannes; the Oppidum d’Ensérune, considered one of the most important Gaulish villages in the south, which offers stunning views over the Canal du Midi and the Étang de Montady; the ruins of the Romanesque Abbaye de Fontcaude, (‘hot springs’ in the local Occitan dialect), is a romantic concert spot; and the Béziers vineyards in the the oldest wine-producing area of France.

The cuisine in the area is Mediterranean with a dash of Catalan and Provençal influence. Try the coque Saint-Aphrodise brioche perfumed with orange blossom.

The train journey from Paris takes between four and five hours, and Béziers airport is 15 minutes from the centre of town and flights from London take two hours.

Previous Article May 2015 issue of Living France out now!
Next Article How to start a property search in France