First published: 8 May 2017 by Sophie Gardner-Roberts 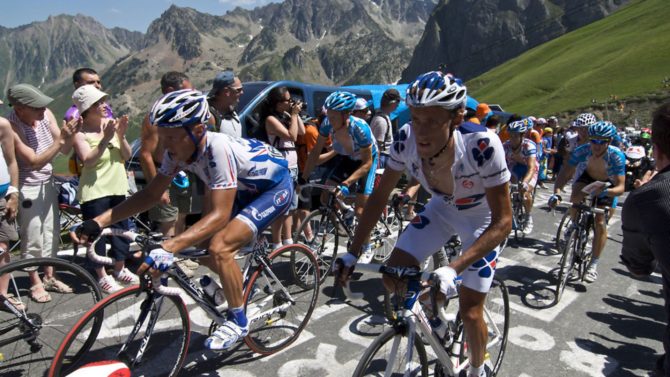 1. The race is nicknamed ‘La Grande Boucle’ which means ‘the big loop’ and refers to the route that takes cyclists around France

3. In the 1920s, riders used to share cigarettes while riding because they were believed to ‘open up’ the lungs before climbs…

4. …and until the 1960s, cyclists used to drink alcohol because it numbed the pain of their aching limbs. This practice was then banned because alcohol was considered a stimulant

Picturesque cycle routes across France to try this summer

5. The Tour de France gathers over 12 million spectators who line the route, making it the largest sporting event in the world…

6. …and 3,5 billion people watch the Tour de France on television each year

8. This one is a bit irksome but strangely fascinating: over the course of the race, riders will sweat enough water to flush the toilet 39 times!

9. The entire peloton uses around 790 tires over the three-week long race

10. The first winner of the Tour de France was Maurice Garin. He won again in 1904 but was then disqualified for cheating. He was caught taking a train to the Alps for the last stage!

Quiz: How much do you know about the Tour de France?

11. The French have taken more winning titles than other nations, totalling 36 wins

12. 4 riders have died during the Tour de France

16. The shortest winning margin was of 8 seconds between American Greg Lemond and Frenchman Laurent Fignon in 1989

19. Around 13,000 gendarmes are mobilized for the duration of the race

21. On rest days, most cyclists don’t actually rest but hop onto their bike for a couple of hours to stop lactic acid from building up in their muscles and to stay focused

22. Jean Robic, winner of the 1947 Tour, drank lead-filled water bottles at the top of climbs to descend faster