The benefits of corporate life in France 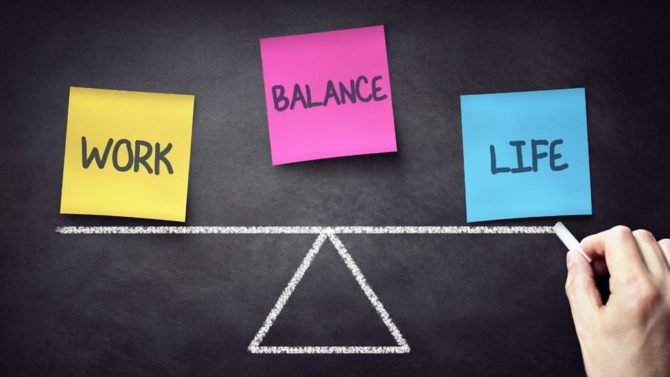 Moving your career to France can be a fulfilling and attractive option, as Australian and British expat Gabriella Castelmore discovered when she joined a French multinational in Paris five years ago. She shares the benefits of corporate life in France

With many UK-based businesses looking to relocate because of Brexit and President Macron keen to welcome them to France, it’s worth having a closer look at the reality of corporate life in France. French multinationals increasingly need English language skills to succeed in a global market, and you may be pleasantly surprised to learn that you get an awful lot in return for your high taxes!

In terms of the working week, the legal working time for employees in France is 35 hours a week. In practice however, employees often work much longer. I typically work at least 50 hours a week. Additional hours are compensated by the allocation of a number of days off known as RTT days (Réduction du Temps de Travail). In addition, someone at cadre (manager) level is typically entitled to 25 days off a year. This allocation can increase with longevity in the organisation. The French also celebrate around 10 public holidays a year – there are three in May alone. So if you were wondering why Paris shuts down in August, now you know – many people take the whole month off. Depending on the size of the company where you work, you may also be entitled to paid maternity and paternity leave and time off for some weddings and funerals.

As we all know, meal times are sacred in France. The French culture therefore is to stop work for lunch, unlike some Anglo-Saxon companies where employees eat a sandwich at their desk or stab at a salad with a plastic fork during meetings. Lunch is also usually followed by coffee so employees can take between 45 minutes and an hour and a half to eat. The employer is obliged to provide either a self-service kitchen, an on-site cafeteria or subsidised restaurant vouchers (tickets restaurants). In my case, I have access to a large on-site cafeteria which my company subsidises. If I want, I could eat a delicious four-course meal every day, for around six or seven euros. When an on-site cafeteria isn’t available, companies over a certain size are obliged by law to provide tickets restaurants which can be spent in participating (nearly all) restaurants. The cost is split 50/50 between the company and the employee. This law, which has also ensured the survival of the French bistro in the face of competition from fast-food chains, explains how the average French worker can afford to eat out in quality restaurants several times a week.

If you take public transport to and from work, your employer has to pay up to 50% of your monthly public transportation pass. The law applies to all workers who have a monthly pass (abonnement) to the bus, metro, train, RER or tram. The refund is normally made automatically through your wages.

A percentage of your healthcare is covered by Social Security. You will be issued with a carte vitale to use at the doctor, specialists and when buying medication. Two years ago, it became mandatory for companies to cover the cost of a mutuelle (a kind of top-up insurance policy) which pays towards medical costs not covered by the government. What it covers and how much of the cost is covered, depends on each company.

Bigger companies usually have a CE (Comité d’Entreprise). If an employer has more than 50 employees, elections must be held to elect employees to the council. The council provides many benefits and services. As the CE in each company follows its own policy these vary but can include subsidised tickets to the cinema, theatre, musicals, rock concerts, museums and sporting events; subsidised gym membership; subsidised vacations abroad and part refunds on personal holidays.

Different ways to earn a living in France

Benefits aside, if you’re considering making a career move to France, there are some important cultural differences to be aware of.

If you’re on a permanent contract (contrat durée indeterminé or CDI) as opposed to a fixed-term contract (contrat durée determiné or CDD), it’s extremely difficult to get fired unless you break the law. If, for any reason, things aren’t working out for you (for example, you can’t get along with your boss or your role changes due to the transformation of the company which is very common these days with many changes being driven by new technologies), you can discuss with your Works Council. They may work on your behalf with the company to see if another role can be found for you. If after a certain period of time this hasn’t happened, they will ‘negotiate’ your departure, in other words, secure you compensation dependent on factors such as your longevity with the company, your grade and age. In this case, you would also be entitled to unemployment benefits (le chomage) which can amount to 50 to 60% of your salary (including your bonus) for two years. The exact figure depends on your personal situation and work history.

In France, everything happens later. The French rise later, start work later, turn up to meetings (sometimes well) after the start time, finish work later and go to bed later. In my case, this means that while I start work at 8.30am, my team of five arrive at around 9.30am. As they are all cadre (manager level) I can’t legally impose a start time. Because we have a mutually respectful relationship, they aim to arrive at 9.30am but their own preference is to start at around 10am. This is common practice.

Five years of working in multinationals in France has taught me an important cultural difference in terms of expectations between managers and direct reports. In the Anglo-Saxon culture, my experience is that I never execute an idea or proposal without getting the green light (go) from my manager first. In French culture, the usual expectation is that you go ahead unless your manager gives you the red light (stop). This can cause a lot of misunderstandings and is worth clarifying with both your French manager and direct reports from day one.

Increasingly more companies are offering flex-work, that is, the opportunity to work from home (télétravail) one or more days a week. As the practice matures, companies are offering training on how to maintain team spirit in the ‘remote’ environment, not feel guilty about stopping for a coffee break or lunch, and best practices for remote meetings. This opens up many options for people to in fact live in the countryside and stay in Paris just two or three nights a week.

More progressive companies are following the lead of the GAFAs (Google, Amazon, Facebook, Apple) and are moving to a ‘New World of Work’ and to new buildings which favour innovation, collaboration, mobility and the wellbeing of the employee. For example, instead of having a fixed desk, employees occupy a space depending on the task they are performing such as one that requires quiet concentration, a team meeting, a 1-2-1, a brainstorming session or a personal phone call, and store their personal belongings in lockers. The buildings themselves provide spaces that combine work areas with zones resembling kitchens, libraries and living rooms.

Evolving your career to France can be a great option for both you and your family. Naturally French language skills will be well regarded, but in reality, employees in big multinationals are mostly speaking English. So the real need is more for you to manage administration around things like healthcare and tax returns. That said, I have friends who don’t speak a word of French and they get by just fine. If on the other hand, you speak business-level French, depending on your area of expertise, you might just find yourself in high demand and in a great position to negotiate your way to a fabulous life in France.

The British wedding celebrant living happily ever after in Provence

How to write a great French CV

Previous Article QUIZ: How well do you know your French patisseries?
Next Article 9 discoveries about life in France from Living France’s July issue