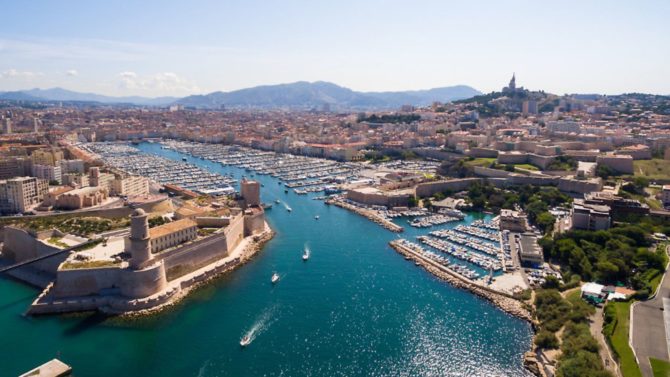 Marseille has been ranked second in the world for the work-life balance it offers. The results of a study by Holland and Barrett showed the Provençal city and capital of the Bouches-du-Rhône department has an average of 31.48 working hours per week, just one hour more than first-placed Amsterdam. Meanwhile London came sixth with a weekly average of 33.48 working hours. According to the study, Marseille also basks in 2,836 hours of sunshine each year, more than the Spanish city of Madrid which failed to make it into the top 10 for work-life balance, while Londoners can expect just 1,633 hours, making it the worst place in the top 10 to get your daily dose of vitamin D.

As France’s second largest city and with 57km of coastline there’s certainly plenty to see and do in Marseille. So, where should you go when you’ve logged off from work to make the most of your free time in the city’s plentiful sunshine? Take a stroll around the colourful Vieux Port where sailing boats and super yachts line the harbour, or explore Le Panier neighbourhood, the city’s oldest district where you’ll find sun-dappled squares to sit and enjoy an apéro while you soak up le soleil.

Click here for properties for sale in Marseille and Bouches-du-Rhône.

Workforce in France takes the most holidays