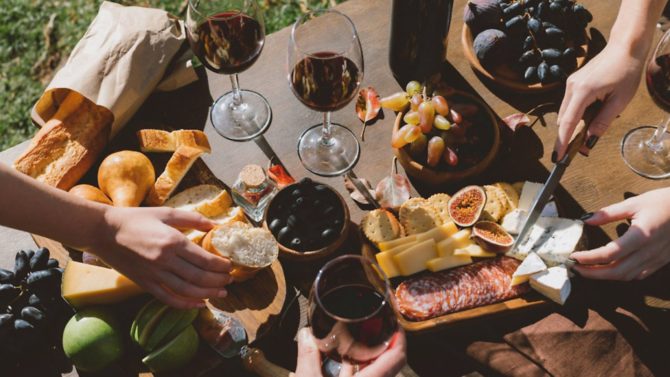 The stereotype says that the French are rude and unwelcoming. But many Brits are finding a happy home and community in France. Here are three French culture myths investigated:

Myth: the French are not as friendly/welcoming/tolerant as Brits

Look away now if you’re touchy about this political hot pomme de terre. France is not the friendliest or most welcoming place on earth, according to rankings compiled annually by the world’s biggest expat network InterNations. And neither is Britain. In the network’s Expat Insider 2017 report, France was ranked 53rd out of 65 countries for friendliness towards expats while the UK was only one notch above in 52nd place.

So far, so uninspiring. But these rankings are based on a survey of just 13,000 expats living across the world, not just in France. So let’s dig a little deeper. In a 2015 European Commission study, citizens were asked how comfortable they would feel if one of their children was in a loving relationship with someone who was black, white, Asian, Jewish, Christian, Muslim, disabled or LGBT. The responses show that the French and British broadly feel the same way as each other and are among the most relaxed citizens in Europe about people who come from different backgrounds.

The year of this survey two Islamist terror attacks shook Paris to its core. Following the attacks, Yougov polls found a hardening of British attitudes towards accepting more Syrian refugees but no such hardening in France. Indeed, immigration is the “main worry” for just 3.8% of French people, according to the National Consultative Commission on Human Rights. Perhaps this partly explains why, in the second round of the recent French presidential elections, nationalist candidate Marine Le Pen lost in every department but Pas-de-Calais and Aisne in Hauts-de-France.

It’s telling that language issues were one of the main reasons in the Expat Insider report as to why expats felt unwelcome. Yet when it comes to immigration to the UK, Brits feel passionately that incomers should have a good command of English, according to the European Social Survey 2014. So as long as we practise what we preach, we should be fine.

This certainly rings true for Julie Savill and her British colleagues at Beaux Villages Immobilier, an estate agency with offices across the south of France. “A little Franglais goes a long way to breaking any ice and if you can have a laugh with someone (even at the expense of your poor French) that’s how friendships can be forged,” she said. “We have all been welcomed in our communities and many of the maires are very proud and supportive of their integrated, multinational communities. I think this is just one of those urban myths that have floated around for years without being challenged.”

Quiz: What do these French faux amis really mean?

Quiz: How good is your French?

Myth: the French don’t have a sense of humour

Haha! Good one, chuckles Charles Smallwood, of Agence L’Union estate agency in Tarn-et-Garonne. “The French have a similar and excellent sense of humour and are happy to relate to Brits, especially if they speak some or (better still) lots of the French language,” he points out. Among the comedians loved in France is British stand-up Eddie Izzard, who delivers his shows in French when touring in the country and attracts large audiences, even selling out at the iconic Olympia theatre in Paris.

Myth: the French are rude and unhelpful

Could it be that la politesse is a mystery to the culture that exported the word to us, along with ‘rude’, ‘etiquette’, ‘chivalry’, ‘civil’, ‘faux pas’ and ‘manners’? Or is it more likely that notions of politeness simply evolve differently in different countries? Jumping a queue is a terrible sin in Britain whereas in France it’s deeply offensive to start a conversation without saying “bonjour”. Never bring your British host lilies unless they have lost a loved one and never bring your French host chrysthanthemums for the same reason.

Of course, it’s easy to learn and follow such Entente Cordiale-smoothing rules as these. What’s more challenging, perhaps, is understanding and dealing with more deep-rooted cultural differences. For example, in British culture it’s polite to apologise for things that are not your fault and to economise on the truth in order to avoid causing offence.

Frenchness, by contrast, literally means frankness. The Germanic tribal people who conquered Romano-Celtic northern Gaul 2,500 years ago were called Franks because they were ‘freemen’ and their name has become synonymous with candidness, outspokenness and sincerity.

It’s not rude in France to reply to a question or request with an abrupt “non”, however abrasive it sounds to British ears. One way to deal with a “non”, according to Mark Sayers, of Languedoc-Roussillon-based Artaxa estate agency, is simply to ignore it and act as if the response was positive. Another is to adhere to a ‘if at first you don’t succeed, try, try and try again’ policy.

It’s sometimes said that the French like to pretend they can’t speak English and then, only after you’ve thoroughly embarrassed yourself with your Franglais, answer in almost perfect English. An example of French unhelpfulness? Jeremy Hobson, our France-based countryside columnist, thinks not. “While that may be the experiences of a few expats in France, in our area – very rural, populated by mainly farmers/viticulturists – a great many really can’t understand or speak a single word. And why should they? It’s up to us to learn their language!”

Previous Article Yvoire: an insider’s guide
Next Article Don’t be alarmed by these sounds you might hear in France