The planning permission process in France 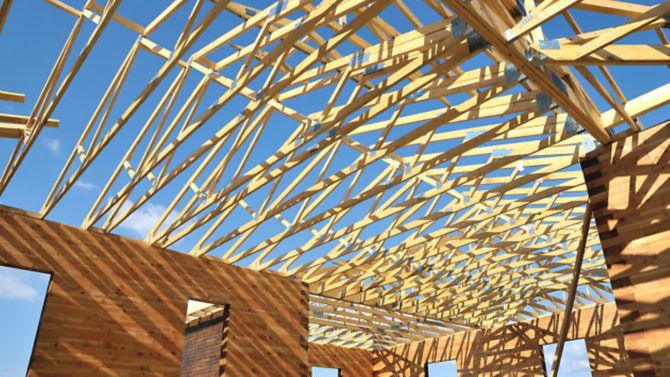 Renovating an old French property could be the perfect way to get the home of your dreams. First, make sure you understand the planning permission process with Delphine Berenger’s guide

More space, more light: the right additions can take a house from ‘nice’ to ‘fabulous’. From a loft extension to a conservatory, there are many ways to make a house more enjoyable while at the same time adding value. However, some of these additions will require one of the two layers of planning permission that exist in France.

Smaller modifications to a house need only be announced in the form of a déclaration de travaux (preliminary declaration of work). However, new constructions and more significant changes will warrant a permis de construire (building permission).

The déclaration is a simple process but don’t be misled by this French term. You are not really announcing the work that you intend to do, but rather are applying for the permission to be able to do it. In order to do this, you’ll need to send plans of your intended work to the town council as well as before and after diagrams of your house.

If you haven’t received an answer after one month (or two months if the property is in a protected zone), you can consider the permission granted. Don’t forget to send the council an end-of-work certificate (déclaration d’achèvement des travaux) within 90 days of finishing.

For a permis de construire, there are a few more requirements. There is no obligation to hire an architect (unless your house will measure more than 170m² after the extension), but the drawings and plans involved often make it necessary to do so. If you don’t receive an answer after two months has passed (or three months in a protected zone) you can go ahead.

Be it for a déclaration or a permis, your application must be made on an official form, and the exact list of papers and pictures you should attach will appear on this form.

When reading the information below, do keep in mind that this is the general law in France, but every town is allowed to apply different rules. The only way to be sure is to ask at your local mairie.

Need more space? If 5m² is enough to satisfy your needs – to create a small bathroom, say, or a laundry room – you are allowed to build this extension without asking anyone. For a more substantial extension, you will need either a déclaration or a permis de construire.

You will need only a déclaration for any increases up to 40m² if your house is in an urban zone covered by a PLU (a local plan for urbanisation covering 80% of the population). If your zone is not covered by a PLU, this limit is set at 20m². Anything more than that and you’ll need building permission. This allowance is the same whether you create a conservatory, add an extension to your house or convert a loft.

There are a few limitations, though. First of all, creating new openings or enlarging existing ones is subject to planning permission. This means you can add a conservatory with only a déclaration, but will have to apply for building permission in order to create a set of French doors to connect it with your living room or kitchen.

If the existing floor area of your house is going to be more than 170m² after the addition, then you’ll need to ask for planning permission no matter the size of your extension and an architect will need to draw up the plans.

On top of this, a new set of energy saving rules was adopted in 2012 – if the extension is bigger than 30% of the existing building, or 150m² (whichever is the smallest), the energy efficiency of the whole complex will have to respect the consumption limit applicable to new buildings (less than 50kw/m²/year). This is difficult to attain in an older building without installing expensive equipment, so most extensions respect this 30% limit.

In a loft conversion you might want to add stairs for easier access, and you can do so without notifying anyone. However, creating or enlarging the hole for the stairs requires that you declare it previously.

New windows are often a necessity when transforming a loft into a room. If you are only replacing an old window you won’t have to notify anyone, but creating a new window or enlarging an existing one means declaring it beforehand to the local authorities.

To respect your neighbours’ privacy, any new window must be at least 1.9m from the dividing line between your properties if it gives you a straight view of their land, or 60cm if it is an oblique view. This applies to windows created in roofs as well as walls.

There’s nothing like a terrace or porch to enjoy a pleasant meal al fresco. In a mild climate, a terrace can be used most of the year, while a pool adds to your enjoyment and the value of your house. A swimming pool is also a big asset if you plan on renting out your house at some point in the future.

Building a terrace on floor level is not subject to planning permission, as long as it stays within 60cm of the ground. Anything higher though and you’ll need a preliminary déclaration of work.

The height limit of 60cm also applies to swimming pools. You only need a déclaration to dig a swimming pool in your garden, provided it’s not higher than 60cm and less than 100m². A very small one (less than 10m²) doesn’t even need to be declared.

Covering it is also allowed as long as the structure isn’t higher than 1.8m or bigger than 20m² – more than that and you’ll need a permis de construire.

A security device is compulsory by law for any swimming pool in France, so make sure to plan for it when preparing your preliminary déclaration.

Some villages have their own rules for swimming pools. Some go as far as dictating a certain colour or shape. Ask at your local mairie about this before starting anything.

Now, what about a bit of privacy around the pool? At the national level, you are allowed to build a wall as high as 1.8m around your property, but each town can decide on a different height so this varies widely.

If you happen to need planning permission, it shouldn’t stop you from building the home of your dreams. If the process seems daunting to you, an architect will be a great help. Take encouragement from picturing yourself lounging at the side of your pool by the end of the summer.