Five reasons to buy a property in Deux-Sèvres 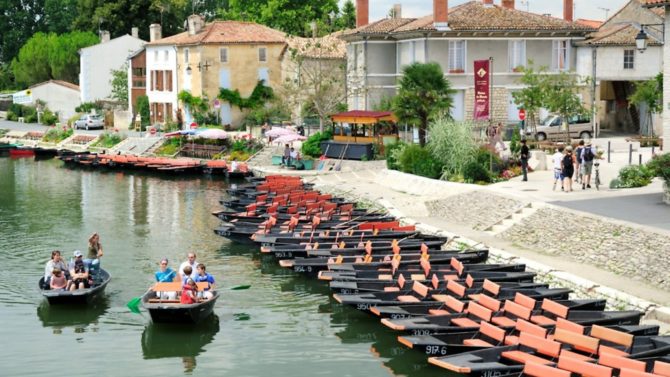 Can delightful waterways and a cheese trail tempt you to consider buying a property in Deux-Sèvres?

An imposing twin keep (or donjon), built by Henry II and his son Richard the Lionheart, sits on the banks of the Sèvre Niortaise – one of the departments two namesake rivers – in the administrative capital of Deux-Sèvres, Niort. Two gothic churches add to sense of history in the town which today is an important finance hub.

Romanesque churches and chapels, some carrying UNESCO status, dot the route of the Compostela pilgrimage trail that crosses through the department.

The wonderful Marais Poitevin regional park covers approximately 100,000 hectares, spreading into neighbouring departments. One upon a time this land was covered by the sea, an area known as the Gulf of Poitou, but as it receded it became marshland.

The space now encompasses some wet marshes as well as agricultural land, woods and picturesque villages. Bird lovers will appreciate the ornithological park found within the area known as La Venise Verte (Green Venice) where you can discover 75 species of birds.

What better way to relax on a weekend or during your summer holiday than leisurely cruising down a canal, especially when you can make a stop at pretty villages such as Coulon, ‘capital’ of La Venise Verte.

The canals are a result of the area’s underwater past – they were dug by Benedictine monks in the 11th century and onwards to drain the marshes into the Sèvre Niortaise. For centuries these waterways were the region’s only main routes, navigated by locals in flat-bottomed boats.

Discover the region’s speciality goat’s cheese by following the Route de Chabichou – a trail of farms, artisan cheesemakers and even cheese museums dedicated to the local AOC protected Chabichou cheese.

Other prime products include beef from Parthenais cattle and the small and aromatic Charentais melon.

If you have been holding off getting excited about Deux-Sèvres for fear the property prices would be too high, it is time to let rip. According to Notaires-de-France the average house price in the department is just €112,000, which is considerably cheaper than in neighbouring coastal departments Vendée (€174,000) and Charente-Maritime (€196,800). The average apartment price is €3,180/m².

Find a property in Deux-Sèvres:

Blissful bargains: beautiful French homes on the market for less than €100,000

Buy a home in one of these French literary locations