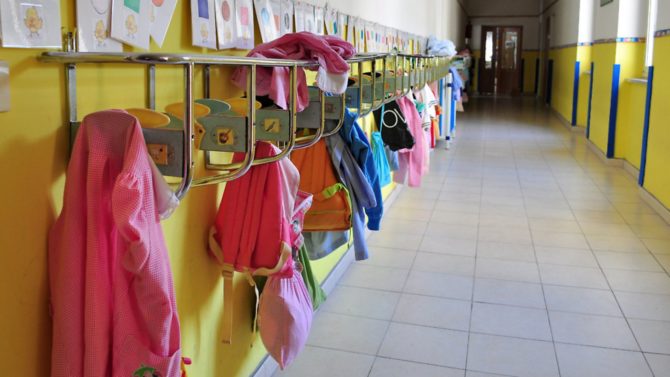 When one French school year ends another is just around the corner. There are changes planned for this September and the coming few years. Here’s what you can expect…

Called a ‘detox measure’, French politicians have approved a bill banning the use of mobile phones by school pupils at école primaire and college. The bill aims to reduce disruption in classrooms and help prevent cyber-bullying in schools by banning the use of mobile phones anywhere on school grounds, including during break times and in the playground. President Macron hopes to get the bill through parliament in time to impose the ban for the new school year in September.

Some schools are introducing uniforms

Unlike in most schools in the UK, French pupils do not usually have to wear a school uniform, however six elementary schools in Provins in Île-de-France plan to introduce a uniform in November. The decision follows a vote by parents in which 62% of them voted in favour of a uniform that will include a polo shirt, sweatshirt or jacket, trousers, shorts and the option of a skirt for girls, costing €145 for 10 items. Education minister Jean-Michel Blanquer said he too favoured school uniforms as they help to encourage pride in the school and make children more equal, however he stated that it will remain up to individual schools to decide whether to introduce a dress code or not.

When are the school holidays?

The school year might not have even started but already, everyone’s got holidays on their minds… Download the calendar of school holidays here

How to help your children learn French

The Education Ministry has produced a back to schools essentials list

The list includes four pens in red, green, blue and black, five tubes of paint, a compass, a rubber and plastic for covering books. Download the list here

The school starting age is to be lowered next year

The French government intends to lower the school starting age from six to three for the school year starting in 2019, under new reforms announced by President Macron. While this will give France one of the lowest compulsory school starting ages in Europe, it will make little difference to most families in France as the majority of three-year-olds attend nursery; government figures show that only 2.4% are not enrolled at that age. These reforms are intended to reduce inequality in education.

As part of measures intended to encourage London bankers to Paris, Prime Minister Edouard Philippe has announced that there will be 1,000 places available in the Paris region’s multilingual schools next September, while three new multilingual high schools are to be created by 2021.

Baccalauréat reforms are planned for 2021

The French government has unveiled plans to reform the baccalauréat, the exam that dates back to the days of Napoléon. The government claims the qualification is too complex, too focused on a single series of exams in the final school year and covers too many subjects. The proposed reforms would halve the numbers of tests to five, including a 30-minute oral exam and would partly be based on continuous exams over a two-year period. The reform would also see students choosing two specific ‘major’ subjects before their final year, as well as two ‘minor’ subjects. Teaching programmes will be modernised to offer specialities in areas such as computer science and coding. If passed, the proposed changes will come into effect in 2021.

What is the French baccalauréat?

Tips for moving as a family to France

Previous Article “Kids can be kids”: Why France is a good place for families
Next Article 3 French Drinks You Should be Making Cocktails With