What la rentrée means for parents in France 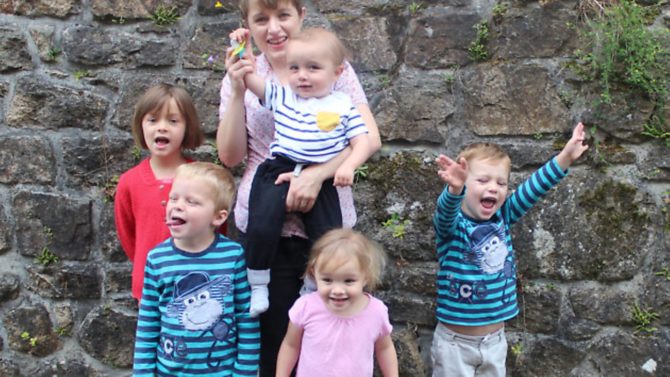 Remember that ‘September feeling’ you used to get as a child? New shiny shoes, sharpened pencils and the wonderful sensation of turning the cover of a fresh notebook. Forget the fact that, by October, you’d have lost half the pencils, your shoes would be scuffed and the notebook would be a ragged shadow of its former self – there was something magical about those back to school weeks.

Read more: Ian Moore: back to school in France

The good news for those of us who harp back to our ‘good old days’ is that in France, the return to school or la rentrée in September is a time of a perceived new start for grown-ups too. La rentrée doesn’t simply signify the start of a new term: shops and restaurants reopen, businesses get back up to speed, new books are released and even cinemas traditionally shed their blockbuster summer fare in favour of meatier topics. People think about what they want to achieve, join a gym or exercise class (which often run during term-time only) and plan for the year ahead.

Of course for expats like myself, there is also an initial, dramatic rebirth when we first move overseas. Unless we’re summoned to France by a lucrative job offer, or kept afloat by a generous pension, most of us have to adapt or harness new skills in order to keep the centimes coming in once we set up camp.

For me – once an English teacher, but never far from my writing desk – the change hasn’t been as dramatic as some. Take the social worker-turned-sheep farmer I met recently; the teacher who now runs a B&B with her pharmacist husband; the HR manager who now lives in the Alps and teaches people how to ski.

Moving to France not only offers us the chance to change, it forces us to do so. Many of our skills or qualifications only ‘count’ back in Blighty – but rather than this being a negative experience it can be a much-needed opportunity to rethink, regroup and reinvent (with lower house prices often meaning less monetary pressure when we start a new enterprise).

I’ve always been a list maker, planner and wobbly perfectionist and, like many, I’m always striving to improve my lot. But in terms of resolutions, in typical British fashion I tended to make these on 1 January – often giving myself a ridiculous list of 10, which range from keeping fit to achieving a lucrative book deal.

The problem with New Year, is that you’re usually hungover, it’s winter, you’re broke, fat and exhausted – and it’s hard to stay on track. Challenging yourself in September – with clement weather meaning that it’s still light and bright – gives you more energy to tweak your life: you can set more realistic goals, and have a gentler running start in every sense before the nights start drawing in.

Read more: 12 things you should know about French schools

For me, this rentrée will be a significant one – the fourth of my five children will be starting school (at the tender age of 2 years 11 months), and it’ll just be me, little Robbie (1) and ‘im indoors knocking about during the week. So while my list for this September still contains my usual exercise and writing goals, it will also be time for a long-overdue declutter and decorate; a chance to scrub off sticky fingerprints and approach a new stage in parenthood.

And while waving my tiny tots off to school will be emotional, I hope that the optimism which abounds during la rentrée will make it the start of a positive new phase.