Living in France: “They just want to get here” Rachel Thomas-Bonnet on Brexit and Covid 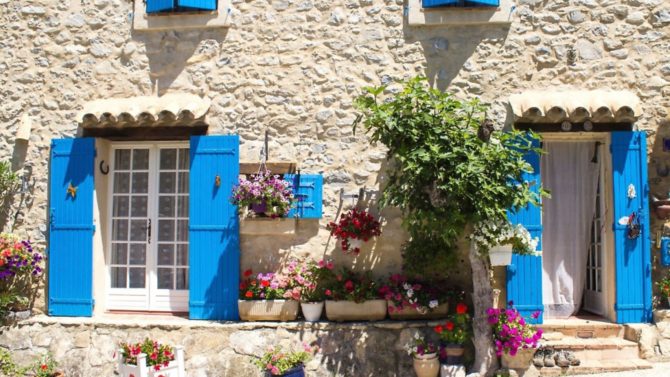 Based in Carcassonne, Occitanie, Rachel Thomas-Bonnet of Perfide Albion helps clients with everything from French tax returns to buying a French property and shares regular Brexit and tax updates on her Facebook page. We find out how this year has treated her and the expats she works with.

How has the pandemic affected the way you work?

I provide a lot of people with support for their French income tax declarations and normally, that entails me spending six or seven weeks driving around, visiting people to talk them through filling in their declarations, collecting paperwork, or actually doing declarations with them. But of course, with the pandemic this year, that was impossible. So, for the first year ever I did it all with people sending me their paperwork to have a look on the computer, or doing it via Zoom or FaceTime.

A lot of people who’d always said, “Oh you have to come you have to come to us,” and even me thinking that you have to be there with people, we suddenly discovered that it’s not actually necessary, you can do everything remotely as it were. It saves me a lot of time, because I’m not spending hours driving, but at the same time it does take some of the pleasure out of it when I’m not talking to people in a face to face situation.

What do your clients think of the remote meetings?

Most of my clients, even some of the quite elderly ones, they seemed to have a total handle on the technology already, because they live away from their kids and grandkids and use Skype, Zoom, FaceTime etc on a weekly basis talking to their families. I’ve probably got a predominantly over-60 clientele, and a lot of them therefore feel that they need to shield more, and they do appreciate me still being able to do the work for them from a distance. But I am also, now, more than happy to sit and have a coffee again with those who want to do that.

What has the interest in buying a French property been like this year?

Even through lockdown, I was still providing advice and support for people buying and selling properties in France. And since September, the number of inquiries I had for people wanting my help buying into France has increased and I think that’s got to do with Brexit. Everyone wants to get themselves into France before the end of 31 December this year. In the past, people would start contacting me sometimes two or three, or even five years before their planned move over to France, just so they can start to test the water, talk to me about things and have a contact that they can put questions to and explore options with. But recently, suddenly I was getting phone calls from people saying we’re arriving next week, we’re speeding up the process, to the extent where some people have just come over and they’re renting to start with. They just want to get here.

What do people need to do to live in France after the end of the Brexit transition period?

Firstly, they need to understand what French residency means. It comes in several parts. There is fiscal residency, where you are a tax resident of France. Normally, if you spend more than six months and one day per year in France, you should be tax resident here and you’ll need to file a French tax declaration. But that has got nothing to do really, with the carte de séjours that people will be applying for.

Now, no-one’s 100% sure exactly what the requirements are going to be for the applications for the Brexit withdrawal carte de séjours, but I’ve had many, many conversations with the prefecture here in Carcassonne and it was always my understanding that the Brexit withdrawal carte de séjours were going to be the one-year renewable ones, which doesn’t mean you’re a resident it simply means that you can spend more than 90 consecutive days in a six-month period in France. In other words, it guarantees you the same freedom of movement between the UK and France as we currently have, so if you’re someone with a second home who likes to just zip across whenever you want, you can continue to do that, but it doesn’t make you a French resident.

Then there are those people who can prove they have lived here for at least five years, and they can apply for a 10-year residency Brexit withdrawal agreement card. In the past, that’s been done by showing either your French tax returns for at least five years, or five or six years’ worth of electricity bills, bank statements, water bills that showed regular stable living in France.

Are British expats worried about their UK bank accounts closing?

A lot of people have an instant knee jerk reaction of “I’ll give my family-member’s address in the UK”. What I always say to them is, think twice, you could get yourself into even worse trouble with the bank. If you are currently tax resident in France then there is a bilateral agreement between the UK and France which means the UK send over details of those bank accounts to the French tax authorities every year. If you suddenly write to your bank and you give them, say, your sister’s address, at some point someone is going to find that UK address and the fact that you’ve also declared you’re a French tax resident and obviously, that is not compatible – they could turn around and say you’re declaring a false address.

I do also very often help people open French bank accounts. I have contacts at two or three banks that I’ve tried and tested. They’re honest, their charges are reasonable and they get back to you when you contact them. So, if someone wants to open a bank account, I phone my contacts, set up an appointment, let my client know the paperwork they’ll need and get them a bank account open.

How can people get in touch with you?

For Brexit updates people can follow me on Facebook, everything I know about Brexit I post there. For those who are allergic to Facebook, I have a round robin email with those same updates, if they let me know their email address.