Starting my dream life and gîte business in Carcassonne 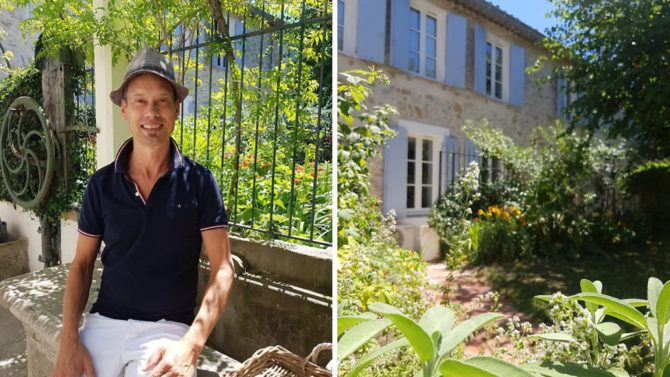 Although he had a long-held ambition to live abroad, Matthew Castle hadn’t considered moving to France until he discovered Carcassonne, where he now shares a home with his partner and runs gîtes

How did you come to live in Carcassonne?

For many years I had an ambition to live in a Mediterranean country, in the sun with a glass of wine in my hand and olives on the terrace. I always thought it would be Spain or Portugal. I never really considered France, as I associated it with student exchange trips to Pas-de-Calais, and thought it was just a bit too much like the UK. However, 12 years ago while on holiday in Spain, I met my partner and for the first time started to visit the south of France. Over the next nine years, for a weekend a month, we shuttled between the south of France and London or spent the summer holidays exploring new areas. Then finally three years ago I took the plunge and moved to France and for the first time we were able to live together in the same place. When choosing where to live, my only stipulation was the place we lived had to grow olives, harking back to my original dream! My partner Denis had lived in Carcassonne for many years and while we explored other areas, I always came back feeling that Carcassonne suited us better so we narrowed our search to there and the surrounding area.

Was it easy to find a property?

From the beginning we knew that I would need to earn a living from the property, either with gîtes or chambres d’hôtes, and we also wanted something with character. For a couple of years we looked online and visited a handful of properties, mostly in the surrounding countryside. Then during a year of intensive searching, we changed our criteria from the Aude countryside to Carcassonne itself, because we realised that the tourist potential even 5km from town diminished dramatically, plus it would be much easier for my partner to get to work. When we first stepped into the garden and saw the house, we both knew it was the one.

What have you changed since you bought it?

The property consists of two main buildings; the main house where we live and an older building that was both outbuildings and servants’ quarters. The main house had been renovated over the years so we could move straight in but the second building was in a sad state, although the roof and walls were sound. It had potential to create the gîtes but it meant stripping back to the shell and reconfiguring completely. Apart from the magnificent beams, the only other original feature we could retain was the old staircase. It took a local team of craftsmen seven months to refit the gîtes with new walls, ceilings, floors, wiring, plumbing and joinery – essentially everything had to be redone.

How did you manage the renovations from a distance?

We had a big advantage in that my partner is French, had lived in the area for many years and he also lived onsite throughout the renovations. However, I also wanted to be as involved as possible and not miss being around when key decisions were being made. So until I moved here, I spent six days every three weeks in France to keep abreast of what was going on. Needless to say, it was a difficult time, as Denis had existing work pressures while I was in the process of finishing my work and arranging the move from London.

Is running the gîtes as you imagined it would be?

When I was younger I trained and worked in hospitality, so I knew what I was letting myself in for! What we hadn’t planned for was serving breakfast, which really happened by accident. The electrician warned us that with all three gîtes occupied, the electricity supply was likely to blow! So to avoid this happening we started to offer breakfast so that only our kitchen would be using electricity. It soon became clear that our guests really appreciated this and the feedback was so positive that we decided to continue to provide it. Without a doubt my favourite part of running the gîtes is the contact with our visitors.

What’s it like living somewhere as popular as Carcassonne?

Carcassonne in summer does get pretty crowded. However, a large proportion of tourists stay within the walled city and don’t really make it down the hill. This means that during July and August we tend to stay clear of la cité during the day and only go up in the evening to a restaurant or for a drink when things are quieter. But it also means that around the lower town we don’t get the same number of people. Although we live on a busy tourist street we can retreat from the hustle and bustle behind the garden walls that surround us. Living in Carcassonne is delightful as everywhere you look gives you a sense of history and space. I never tire either of looking up at the city ramparts or crossing the old bridge where on clear days, you can see both the Montagne Noire and the Pyrénées. Our place has a feeling of being in the countryside and yet we are right in the heart of town with all the amenities. The pace of life here is slower; it is a pleasure to be able to take time to do things, to talk to friends and neighbours and enjoy the simple things in life.

Matthew rents the gîtes on Airbnb

Spending summers at our home in Occitanie

You could buy these beautiful homes in Occitanie for less than €150,000

Pitfalls to avoid when renovating a French property

Previous Article How to choose a French bank and account
Next Article Rentrée 2020: Back to school in France