How we made our award-winning French gin 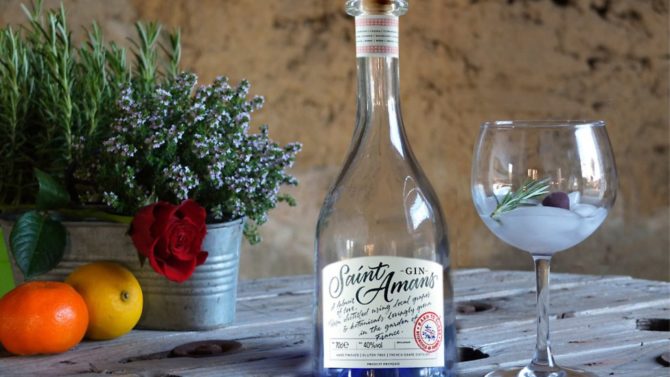 Anne MacColl-Turpin and her husband Jean-Louis wanted to use the barn at their home in Tarn-et-Garonne to do something purposeful – so they made their own French gin!

When and why did you move to Tarn-et-Garonne?

We made a permanent move in June 2019 but we’ve been going backwards and forwards between Scotland and France for the past 20 years. My husband Jean-Louis is from Tarn-et-Garonne originally and had family here. We bought a rundown farmhouse and renovated it over time, and spent three years living there when our children were young to give them the chance to speak French. We returned to Scotland in 2010 but we kept the house in Tarn-et-Garonne and moved permanently in 2019.

How did you come to make your own gin?

It’s not our style to sit around doing nothing and we weren’t ready for retirement. Jean-Louis ran a French restaurant in Glasgow when we lived there and when we thought about what we both really enjoy doing, we decided it should be something to do with food and drink. We thought about gin because there wasn’t a lot of French gin on the market, and could make use of the large barn at the side of our house to produce it.

Where did the inspiration come from?

We named the gin Saint Amans after the hamlet where we live in Tarn-et-Garonne and we wanted the ingredients to be inspired by what grows in our own garden. It’s made from a blend of 18 different botanicals, including the classic juniper, and to keep it local we experimented with Espelette pepper for the spice element – it’s unusual and it works really well.

How does it differ from other gins?

Most gin is grain-based but ours is grape-based – we wanted to produce something that comes from the grapes grown in this part of France. By a stroke of luck we found there was a master distiller just half an hour’s drive from our house. We put the recipe together and worked with him on the distillation, and we did the bottling, labelling and packaging in our barn.

France is known for its wine – has gin taken off there as it has in the UK?

There was some confusion to begin with – ‘le gin’ was often mistaken for ‘le jeans’ and a lot of people thought I was going to be running up jeans in my barn like some sort of sweatshop! The gin market here is nothing like it is in the UK – it’s really exploded over there – but I do think it will catch up, and of course there’s a huge British expat population who love their gin so that helps.

Yes, we were thrilled to hear that Saint Amans had been nominated for Best French Gin in the London Dry category at the World Gin Awards in January 2020 – and even more so when it won! We also won a bronze medal at the same awards for best design. In July we won silver at the London Spirits Competition followed by bronze at the International Wine and Spirits competition in August – it’s been a successful year! What would you say is the best way to drink it?

You can’t beat a classic G&T – we recommend a light tonic such as Fever Tree to bring out the full flavour of the gin, and we’d add a slice of lemon, sprig of rosemary and a black grape. For something a bit different, try a Gin Basil Smash – it’s an unusual but deliciously aromatic cocktail.

Did you know these celebrities make French wines?