Ian Moore: Why I secretly like social distancing in France 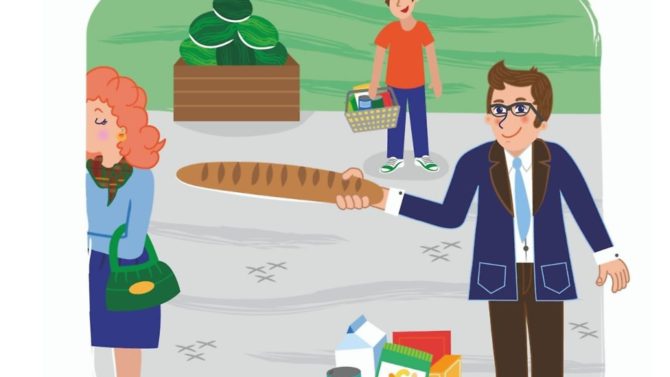 Ian Moore on New Year attitudes in France and why he doesn’t miss the anxiety of the complicated, often localised French greeting system

It’s got to be hoped that 2021 took a long hard look at its problematic, downright mischievous predecessor and thought, ‘You know what, I can do better than that’. Slate-cleaning, dewy-eyed hope and half-promised renewal is the work of New Year celebrations, though I suspect most people didn’t just want to say goodbye to 2020, they wanted to creep up on it in a dark alleyway and beat it senseless.

It’s not really the same in France, at least I’ve not found it so. New Year is a more muted celebration here, and second place certainly to the ‘proper’ new year of La Rentrée in September. Maybe it’s because the cold hard business of New Year is measured in worldwide champagne sales, but even here there are signs that optimism is warily sticking its head above the parapet and sniffing the air for good news.

In our rural corner of France we’ve coped pretty well. Me aside, they are hardy, country stock around here who, over the last hundred years or more, have dealt with wars, famine and big city indifference with the kind of stony-faced stoicism more associated with an Easter Island statue.

Old men, wearing masks slightly below the nose as though they’re truffle hunting, no longer embrace or shake the hand of their peers, but bang elbows or knuckles like teenage street gangs and giggle while doing so. Old women still list their endless ailments to each other outside the boulangerie, though in louder voices so that the whole town can hear, which is what they want anyway as ailment-listing is virtually a competitive sport among France’s older generation.

I’ll admit to secretly liking the new normal of social distancing, not because I’m cold or so British I view any form of tactile interaction with suspicion – though there might be an element of that – but because the politics, the social minefield, the anxiety of the complicated, often localised French greeting system is no longer in play. I can see acquaintances approaching me in the market now and not break into a cold sweat of panic.

It sometimes feels with rural areas, France especially, that because they haven’t rushed ahead with technology in the same way that towns and cities have, they’re better able to deal with crises because their base is more solid.

In some cases around here, the same families have been working their land for generations and there’s almost an eye-rolling ‘we’ve seen it all before’ that allows people to pretty much get on with things as they always have, or at least adapt with less foot-stomping fuss. That’s not to say that technology isn’t here, or at least coming; we’ve had trenches dug in front of our house for the imminent, I’ll believe it when I see it, high-speed internet cables to be laid down. But the trenches remained unfilled for some time and coincided with the dignified death from old age of one of our hens. It was too good an opportunity to miss, and I like to think it’s a neat juxtaposition between old and new, just as long as her internment doesn’t lead to connectivity issues.

So all in all I think we dealt with 2020 pretty well for the most part. Of course, there were some cruel jibes about lockdown… That France was better able to deal with the whole thing because a history of almost weekly industrial action meant that we’re used to not being able to go anywhere or do anything. There was even a joke going around (I may have started it) about the French spending most of last year striking from home.

But we’ve adapted very well I think; for instance, carrying round a baguette to use as the perfect social distancing measuring tool has proved effective, unless you get peckish. And, if it’s a stale one, you also have a ready-made weapon, handy should you bump into 2020 somewhere.

Previous Article Can I take plants to France after Brexit?
Next Article Six self-sufficient French homes with woodland