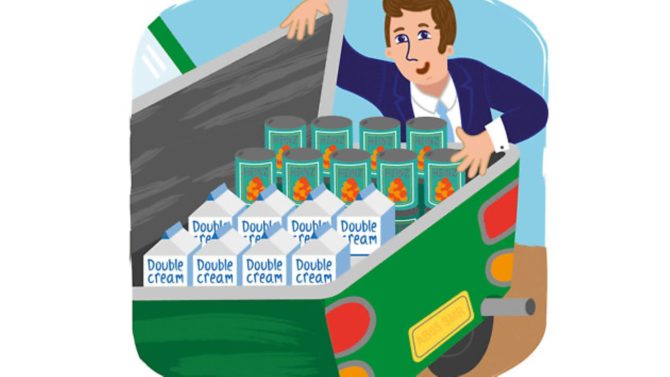 While Ian Moore is loving the French way of life, like many Brits living in France, he is finding there are some English foods he really misses

In a digital world it seems almost nostalgic these days to pick up a book, especially a recipe book, but if there’s one thing above all others that France demands it is that time should be taken over the preparation of les repas. Alas, as always, things are never quite so straightforward.

It’s not just volume conversion, but actual foodstuffs that can cause a problem for the expat in rural France. We’ve become inured in the UK to having what we want when we want it, so much so that it’s become a running joke in our house that if the local Super-U isn’t stocking out-of-season samphire, we could pop back to Blighty and some superstore behemoth would cater for our vibrant samphire needs on a round-the-clock, almost emergency basis.

The problems are usually more mundane than that, though. I mean, what is double cream over here? Does it even exist? This is the culinary capital of the world but even cheffy French websites advocate that to follow English recipes involving double cream you should first buy some mascarpone and add a little powdered sugar or sweetener. At the risk of sounding like some bluff old Colonel Blimp, but what the deuces?! Cheese! Cheese? On my strawberries?

Baked beans are often cited as the foodstuff most missed by those living abroad, and it’s true that French baked beans are akin to a travesty. In a recent survey they appeared four times in the top 20 most missed UK foods. Four times!

“What food do you miss most?”

While it’s possibly more ethical and environmentally-friendly to buy locally and in season, human nature doesn’t always work like that. With baked beans, for instance, I’ve bought the French stuff and then added tomato ketchup and sugar. The result tastes like acorns dipped in ketchup and sugar I grant you, and kitchen-work in theory should be all about trial and error, but there is no substitute for the real thing.

Anyway, the point is this: the next time you’re stopped by an overzealous customs officer, as I was this week, and he spies three children on the backseat all sitting on tins of baked beans and clutching a plethora of double cream cartons, there is no reason for embarrassment or discomfort.

Whole van loads of people hop over to Calais on a booze cruise, and all you are doing is a vital run in the opposite direction. Booze is cheaper in Calais, beans are better in Dover. Hold your lapels in Churchillian fashion, look the official directly in the eye and declare: “It’s what the EU was made for”.

How many times should you kiss in France

The changing rules in French restaurants