Escape to the Château:DIY: Coachman swaps Royal Mews for his own French château 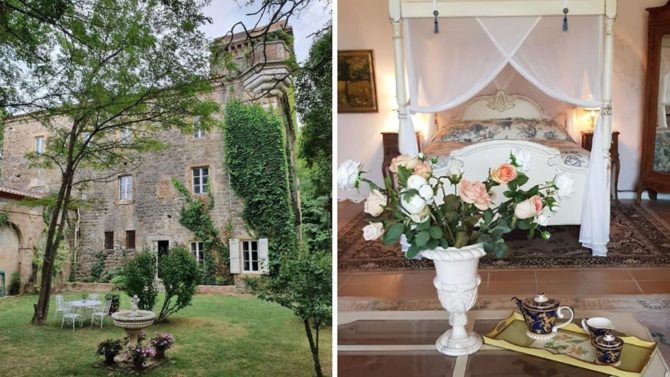 Australian couple Philip and Janet Barnard-Brown moved to Château de la Fare in Gard after living in the UK for nearly 20 years, where Philip was senior coachman to the Queen

When did you decide you wanted to move to France?

Janet and I had been to France a number of times and absolutely loved it. We have a friend we visited and she drove us around the area she lived and there were so many fantastic châteaux, some of course being for sale. I must also admit that when I was in my twenties a client bought a château in France and I thought ‘what an amazing thing to do’. So that has also been in my head for a very long time.

What was it like working for the Royal Household?

Working in the Royal Household was an honour and to be senior coachman to Her Majesty was an experience that will live with my family and I forever – 19 years in service is a large part of my life and I was lucky enough to be part of many major ceremonial events such as the Queen’s Golden Jubilee, the wedding of William and Kate and most recently Harry and Meghan.

Did it take a while to adjust to your new life?

Both Janet and I are from rural Australia so getting back to a country life was important to us. We have owned the château since 2012 and all our holidays of recent times were here. So adjusting to life here wasn’t that hard. We do have a lot of great friends around us and learning to speak French is of vital importance, but we are loving the challenge.

How did you discover Château de la Fare?

When I first started looking, I did spend a lot of my spare time surfing the net looking at châteaux and dreaming for a number of years before we bought this. In the end I highlighted the location we liked and where prices were not too crazy. So the only thing remaining was to go and inspect some. This particular property spoke to me and it suited my skill base, having been an electrician in Australia. Also, structurally it was sound, having had this work done by a previous owner.

What work needed to be carried out?

For the first six or seven years all work done was to make the old stable area liveable for our holidays, painting and decorating. Now we are living here our sights have turned to the main château itself (like all new owners we need to produce an income to sustain our life in France).

The ground floor was already in pretty good order but we still painted and put in a new kitchen, in an old style befitting the era. Now our focus is on the first floor which needs total renovations – plaster, electrics, plumbing, painting and decorating. Of course, as income is produced, we will undertake more work – two more floors to go.

While we are working hard on all the indoor work, we have also focused on the garden as well. It has been neglected for many, many years. We would love to recreate the type of garden the château once had.

What do you know about the château’s history?

One of the things we love most about our place is the history. The site was first settled by Berenger de la Fare in 1170 (a Knights Templar Knight). From this time the family de la Fare continued to develop the château into what is seen today. Another interesting piece of history which we particularly like – in 1702 Philippe Charles de la Fare was a Musketeer to Louis XIV, where he went on to become commander. He was also made a Knight of the Order of the Holy Spirit by Louis XV and was made Knight of the Order of the Golden Fleece by Philip V of Spain. Some of his great achievements.

What is the setting and the surrounding area like?

Château de la Fare is located in a rural area near Alès in the south of France in the Gard department of the Occitanie region and borders the Cevennes National Park. The château is easily accessible by transport links and is within an easy drive of Nîmes, Pont du Gard, Anduze, Uzès and many other amazing attractions.

What prompted you to take part in series four of Escape to the Château:DIY?

The reason we went on Escape to the Château:DIY was because we thought how nice it would be to share our experiences with others to perhaps inspire them. Life is too short to only dream.

How was the experience?

Being on the show was so amazing. From an exposure point of view, it did wonders for us. Secondly was meeting all the other château owners and sharing our DIY experiences. Some people are so creative and inventive. Also, it is nice to know the problems you face, during the restoration process, are shared by others. We have found the whole Escape to the Château: DIY experience inspiring, so glad we are part of it.

What is the next project you’re planning to tackle at the château?

We have so many projects still to do. But we must first finish off two further bedrooms we have planned for accommodation to help gain some finances for future works. But what I really want to do is some investigation around the property. Legend tells the story of treasure here at the château. We have even had people call in asking if they can use their metal detectors! There are underground tunnels here that have been covered over which we desperately want to dig out. You never know what is to be found.

Another of the projects which is dear to my heart is the re-instatement of the two turrets that were removed in a time when there was a tax on turrets. Their return would enhance the appearance of the castle no end and make it fairytale like.

Catch up with the latest series of Escape to the Château: DIY at channel4.com

This outstanding château in Midi-Pyrénées is up for auction

Taking on a château in the Loire Valley in France: “Have fun, do it!”

Escape to the Château:DIY checks into a boutique hotel in the south of France

Previous Article From cunning monkeys to ostrich policies: 8 fun animal-related French idioms to use
Next Article From Beaujolais races to leaning houses: 7 things we learned about France in the November 2020 issue of FRANCE Magazine