Escape to the Château: Dick and Angel Strawbridge return to screens for new series 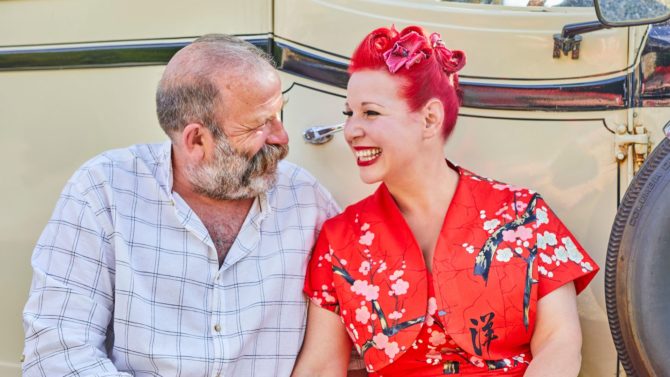 Dick and Angel Strawbridge are back with a new series of their smash-hit TV show Escape to the Château. The Strawbridge family are set to return to Channel 4 on Sunday 24th October with eight new hour-long episodes documenting their idyllic life at the Château de la Motte Husson in Mayenne, north-west France. As usual, viewers can expect plenty of exciting renovation projects and family adventures with their children, Dorothy and Arthur.

What will be in the new series of Escape to the Château?

Unfortunately weddings and events, a big part of life at the château, are on hold for a second year running, so Dick and Angel turn their attention to the exterior of the property. Fixing the roof and the walls turns out to be a monumental task and it becomes their biggest renovation project to date!

Inside the château, we head into the mysterious depths of the attic. Here, the couple create a special stargazing space that is sure to be a hit with the whole family. Downstairs, the Strawbridge Suites are given a makeover to reflect Arthur and Dorothy growing up.

Other projects we get to see include the completion of the final phase of Grandma and Papi Steve’s coach house. Outside, the beautiful walled garden welcomes its very first guests as young Arthur and Dorothy host a tea party for their friends.

The icing on the cake for the new series promises to be the Christmas special filled with festive fun.

How can I watch the new series of Escape to the Château?

Escape to the Château’s eighth series begins on Sunday 24th October at 8pm on Channel 4 (UK). There are eight 60-minute episodes in the series. Showings for other countries are yet to be announced.