Eco-friendly France: 5 new laws for 2022 plus 5 more for the future 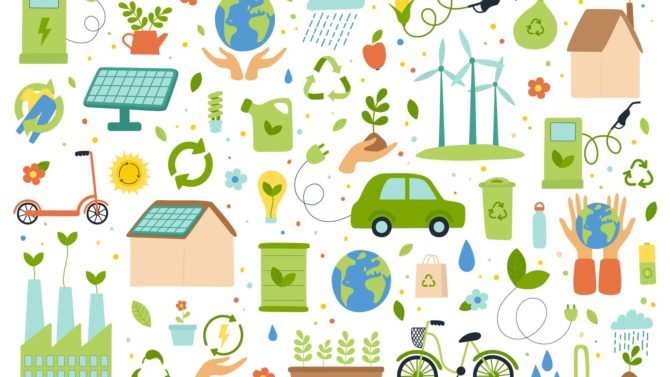 1. France has committed to phasing out single use plastics by 2040 and in 2021 banned plastic straws, cutlery and cups, as well as polystyrene takeaway boxes. A new law banning the use of plastic wrapping for some 30 fruits and vegetables including cucumbers, lemons and oranges came into effect on 1 January 2022, and plastic stickers used to indicate the producer, origin or trademark will also be banned unless they are made of biodegradable materials or paper. Later this year, public spaces will be required to provide water fountains in a bid to reduce the use of plastic bottles.

2. To tackle pollution caused by vehicles, from 1 January 2022, the threshold for the introduction of CO2 emission penalties will be lowered from 133g per kilometre to 128g per kilometre. An extra tax will also apply to heavy (new) vehicles weighing more than 1,800 tonnes, with each additional kilogram incurring a €10 charge.

3. In order to raise greater public awareness of digital technology’s environmental impact, from this year, French telephone and internet providers will be asked to communicate to their customers an estimate of the greenhouse gas emissions generated by their activity online and usage of mobile phones.

4. From March 2022, car advertisements in France will have to include messages encouraging people to consider more environmentally friendly travel alternatives as part of the government’s efforts to reduce CO2 emissions. Car makers will have the choice of three standardised messages – ‘consider carpooling’, ‘for day-to-day use, take public transportation’, and ‘for short trips, opt for walking or cycling’ – which will be required for all types of advertisements (print, TV or radio, internet). They must also include the hashtag, #SeDeplacerMoinsPolluer.

1. By 2023, school cafeterias in France will have to offer an exclusively vegetarian menu at least once a week.

2. From 2025, rental properties with an energy efficiency rating of F or G will no longer be considered acceptable and owners will be required to renovate them before they can legally be rented out again.

3. By 2025, French cities with more than 150,000 inhabitants will have to create low-emission zones with stricter speed limits and restricted access for some of the oldest and most polluting vehicles.

4. Cut fruits can still be sold with plastic packaging for now but this will also be phased out by the end of June 2026, when raspberries, strawberries and other delicate berries will also have to be sold without plastic.

5. Advertising for the most polluting vehicles – those that emit more than 123g of CO2 per kilometre – will be banned completely in France from 2028.

Previous Article Dijon: Huge new French food and wine centre to open in May 2022
Next Article Book Competition: Win a copy of Paris: Capital of Guerlain by Laurence Benaïm