A portrait of Gard, Languedoc-Roussillon 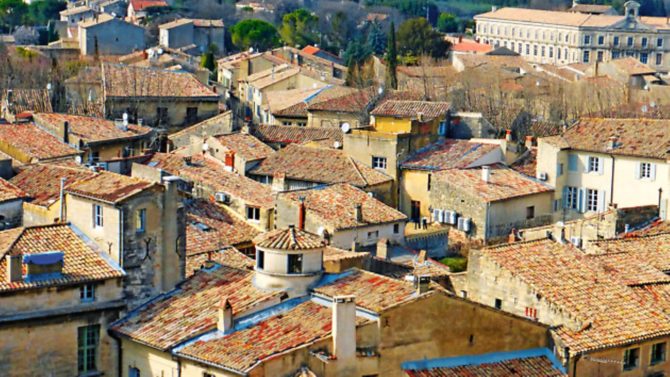 Glancing at a map of the Gard department, you cannot help noticing its fanciful borders, following the right bank of the Rhône on its way to the Mediterranean, raising its head in the Cévennes to the west, one arm up in the north, and claiming its own little corner of the Camargue down south. While the department might owe its name to a small river, it is home to an amazing variety of landscapes from hills and mountains to vineyards, wetlands and coast.

Who has not heard of the iconic Pont du Gard, the fabulous Roman aqueduct which has stood the test of time for some 2,000 years? Beautifully preserved in the wilderness, it is a breathtaking sight with its triple-tiered archways mirrored like gold in the blue waters of the River Gard.

Listed by UNESCO since 1985, it was part of the Roman canalisation bringing water from a spring in the north to Nîmes 50km away. Under the Romans, Nîmes reached its peak in the second century AD and today, ‘little Rome’ enjoys some of the best Roman heritage in Provence. Highlights include the amphitheatre, once seating 20,000 and still used for events, and the wonderful Maison Carrée, commemorating the adopted grandsons of Emperor Augustus in the only fully preserved temple from ancient times.

Then wander into the lovely 18th-century Jardins de la Fontaine designed for Louis XV. Among the gleaming statues and balustrades, you will find the mysterious Temple of Diana and the Tour Magne, the great Roman tower on the hill where views extend across the city’s elegant boulevards and old town.

Old Nîmes is an enticing maze of cobbled pedestrian streets and winding lanes dotted with unexpected gems: here a wrought-iron gate, there a fine 17th-century facade. Tiny courtyards, majestic staircases and traditional shops selling olive oil and lavender all vie for your attention as you wander around town.

There are shaded squares and al fresco cafés, palm trees and fountains and a covered market awash with local produce. Meanwhile, men play pétanque along the canal, locals pop into the cathedral for a prayer and visitors linger around the Carré d’Art, the ultra-modern museum of contemporary art built by Norman Foster to complement the Maison Carrée. In so many ways, Nîmes is a town on a human scale, relaxed and easy to stroll around.

But there is more to Gard than bright city lights. In the south, the vast Rhône delta creates a unique network of wetlands and waterways known as the Camargue. Only the smaller section, west of the Petit Rhône, lies in Gard but it is enough to keep everyone spellbound: wild horses as white as snow, flamingos tiptoeing in the shallows and myriad other birds.

In this flat, boundless landscape, the fortified town of Aigues-Mortes rises like a mirage, bristling with ramparts and towers, stirring up memories of crusades and religious unrest. Walking around the 1.6km ramparts offers an all-round panorama of the walled town, from its red roofs and flower-draped lanes to the yachts bobbing on the canal and the blue Mediterranean beyond.

On the sea, Le Grau-du-Roi is a lively family resort and fishing port while Port-Camargue, just along the coast, is regarded by many as the top marina in France, where every waterside villa enjoys a private mooring.

Head for the hills

Up in the north, it’s a very different world. Make your way though the land of the garrigue scrubland, where rosemary and thyme leave their scent in the air.

Beyond the scenic Gorges du Gardon, you will reach Uzès, a pretty medieval town overlooking the green valley of the River Eure. In the historic centre, a cathedral, castle and former bishop’s palace bear witness to Uzès’ glorious past as the first Duchy in France. It is a lovely place to explore along its cool arcades and cobbled lanes before tucking into some delicious produits du terroir in a local restaurant under the plane trees.

Hills rise all around, framing a rolling land of lavender and vines, gorges and waterfalls. The northern reaches claim some of the Plus Beaux Villages de France while to the west the Cévennes beckons with its lush meadows and expanses of forest.

At over 1,500m in the national park, Mont Aigoual is the highest point in the department. Look out for the natural amphitheatre of Navacelles, the delightful pottery town of Anduze and the steam train puffing its way through spectacular scenery to the village of St-Jean-du-Gard.

The property market offers a good range of opportunities from village houses and modern apartments to the occasional mas de Provence farmhouse – as well as older buildings ideal for conversion into gîtes. Most bargains are found off the beaten track while Nîmes attracts relatively higher prices due to its location, infrastructure and university.

Up-and-coming districts include the eco-quarter of Hoche Sernam and the Quartier des Marronniers, with new apartments available in the next 18 months such as Square Romana and Clos l’Evêque. These range in price from €136,500 to €358,000. New developments, including villas, are also planned in Calvisson, a short drive west of Nîmes.

Out in the countryside, we found a five-bedroom character house near Uzès with an outbuilding and yard for €169,000 and in the lovely Cèze valley a modern bungalow, with three bedrooms and a paddock, for €168,000.

A village house with garage in Lanuejols is for sale at just €80,000 while a bastide near the Pont du Gard with pool and garden is on the market for €350,000.

In the Cévennes, a three-bedroom property comprising two stone houses, large garden and pool, is a bargain at €430,000.

Down on the coast, a four-bedroom villa in a gated marina near Aigues-Mortes is on offer for €369,000 but we found the widest choice of apartments around Port-Camargue, ranging from €92,000 to €669,000; the more expensive apartments are found in nearby Le Grau-du-Roi.