5 French properties for sale in Plus Beaux Villages 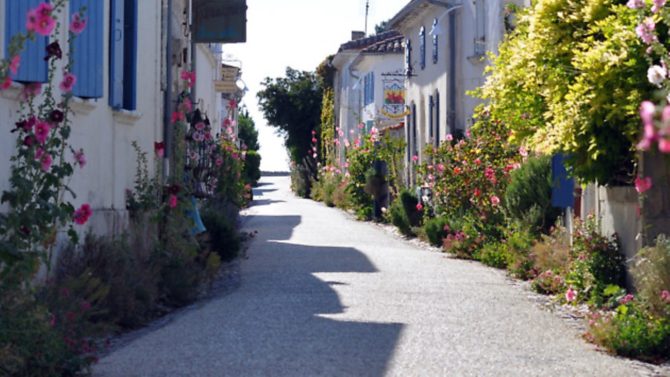 With a lasting memory of her first visit to one of France’s Plus Beaux Villages, Joanna Leggett visits five of these enchanting places and looks at homes on the market

Fortifications were integral to survival in the Middle Ages and as a result, many bastide villages were built with various lines of defence formed by intersecting streets. Normally the central square is surrounded by arcades – once defensive – which today are simply enchanting. In an imposing position overlooking the Aveyron river is the fortified village of Bruniquel in Tarn-et-Garonne. Where once pilgrims stopped en route to Santiago de Compostela, now you can stop to admire the pink stone or wooden houses decorated with corbelling or half-timbering. Two medieval castles dominate the landscape, in addition to which this village boasts a dramatic belfry, medieval gateways and flower-bedecked streets to delight. Close by, a traditional five-bedroom home with expansive grounds is for sale at €599,000. Sympathetically renovated and restored, its traditional features include a four-sided tower, exposed beams and wooden shutters, but with added comfort from double-glazing and underfloor heating. A lawned sunny garden and terraced swimming pool area sit in an acre of grounds, as well as a barn and old house which could be renovated to create additional living accommodation or a gîte. The garden offers lovely views of the surrounding countryside.

One of my favourite places has to be Talmont-sur-Gironde, south of Royan on the river estuary looking over towards the Médoc peninsula. I’d long been fascinated by pictures of its fishing huts set on stilts which perch out from the cliffs. Talmont was constructed as a bastide in 1284 by Edward I to protect the entrance to the estuary of the Gironde river which flows from Bordeaux (for those interested in more modern history, the World War II cockleshell heroes paddled past here) although the church predates Edward’s fortifications by two centuries. Leaving the car outside, you can walk through the tiny cobbled streets where hollyhocks and roses seem to cling to the most tenuous of planting sites and whitewashed cottages entice in little pedestrian lanes. One of these is on the market for €233,260. Currently in use as commercial premises, it could be changed, without major renovation, into a perfect pied-à-terre. With two bedrooms, a kitchen and bathroom, its large living room is currently used as a shop. There is even a charming private courtyard to complete the scene, which is not overlooked and leads onto a flower-lined pedestrian access. Despite its daytime visitors, with just 100 full-time inhabitants, Talmont retains a tranquil and peaceful air.

Travelling on south-eastwards towards Cahors, you reach the quaintly named St-Cirq-Lapopie, perched in a defensive position above a bend on the Lot river. Beloved by post-Impressionist painters, this village is packed with history which includes a number of houses of historical significance. Clusters of stone houses with flat-tiled roofs cling to the rock and each other, some built on passages so steep their roofs end where their neighbours’ gardens begin. In the heart of the village, one such 13th-century stone house is on the market for €689,000. This light-filled home has stunning views from every window. While it retains the charm of yesteryear, it has all the conveniences of a modern home thanks to a high quality 21st-century renovation and a truly fantastic kitchen. Spread over four levels, with a total of five bedrooms and three bathrooms, it could accommodate as many as four or five couples, or two families at the same time. Behind is a public garden complete with old stone table, the perfect picnic spot with views across the river valley and a hidden pathway that leads down to the river itself. The property also has its own private garden, located just 75 paces away, again with fantastic views.

Perhaps the ultimate work/life balance is on offer in the south of France – in Venasque, in the heart of Provence, is an eight-bedroom, eight-bathroom house for sale for €882,000: the ideal location for a guesthouse perhaps? Perched on top of the 12m-high cliffs which form the ramparts of this stunning village, the house benefits from a wine cellar which dates back to the 11th century and is carved out of bedrock. From its terraces there are breathtaking views over the Provençal countryside, including Mont Ventoux. Venasque itself is a true Provençal village, situated on the top of sheer-sided rock cliffs and famous for its history, cherries and summer markets. Its Saracen towers, with Gallo-Roman foundations, were rebuilt in medieval times to protect against invasion; its old houses have witnessed hundreds of years of history. Stone facades, beautiful fountains and café terraces invite you to stop and enjoy both the quality of life and the wonderful views over the Luberon. And at the heart of the village of Venasque is the Fontaine Planette – a spot perhaps closest to the ethos of these the most beautiful villages in France, where you can sit and ponder and ensure life continues around the ancient fountain in its village square.

Dordogne is home to many beautiful villages, with St-Jean-de-Côle being just one. Each year it holds the Floralies on the weekend closest to 8 May, and this flower fair usually attracts dozens of exhibitors selling a variety of plants and garden necessities – a must for any avid or would-be gardener. East of Brantôme in the Périgord Vert area, St-Jean-de-Côle has many half-timbered houses, a large church, priory and castle. It once won the prize for having the finest roofs in France but it is perhaps best known for its hump-backed bridge which dates back to the Middle Ages.

This is a lovely part of Dordogne in which to live and for those who might think it the perfect location to buy, there is a pretty four-bedroom, two-bathroom farmhouse for sale at €219,350. Beautifully renovated, it retains many traditional features and boasts a swimming pool and a large, manageable garden. Used as a holiday home, it has already been established by its current owners as a viable business.

Previous Article Expand your holiday horizons with Michelin Tourist Guides
Next Article WIN! A copy of Wish You Were Here