Where are the cheapest places to buy a property in France? 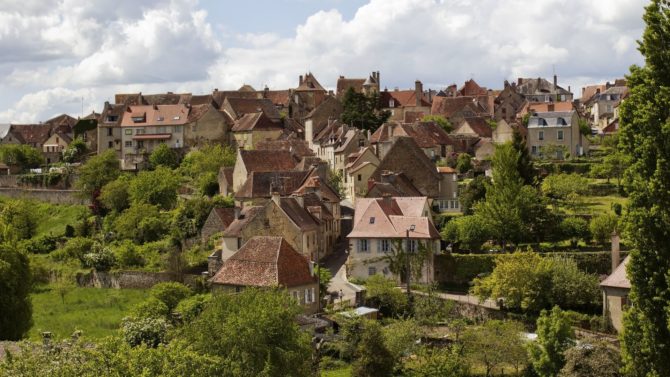 Looking for a French property bargain? These are the five French departments where you can find the cheapest properties, for use as a French holiday home or for a permanent move to France.

The cheapest department in France, Creuse offers an average property price of €660/m², ranging from €400/m² to €940/m². At the other end of the scale, the most expensive departments are Paris at €11,000/m², Alpes-Maritimes on the Med (€4,240/m²) and Haute-Savoie in the Alps (€3,760/m²). Creuse is one of the 12 departments that make up the Nouvelle-Aquitaine region, and was previously part of the old Limousin region. As with all the best-value areas in France, Creuse is a traditional rural area, sparsely populated with farmland (mainly dairy and beef), crossed by many walking trails and dotted with small villages. The main towns are Guéret, Aubusson (Famous for its tapestries), La Souterraine and Bourganeuf (once the headquarters of the Knights Templar). The Lac de Vassivière on the Millevaches Plateau is one of France’s largest leisure lakes. The closest airports are Limoges and Brives, and Guéret is 672km from Calais.

Find properties for sale in Creuse

Now part of the Grand-Est region, Haute-Marne was previously part of the Champagne-Ardennes region; although most of the champagne vineyards are further south, they are to be found here too. The main towns are Chaumont, Langres and St-Dizer. This is a peaceful rural area with around 1,800km of waterways (great for fishing), including 120km of the River Marne, whose source is near the walled town of Langres, as well as canals and lakes and vast forests. There are also pretty villages like Joinville and Vignory, with well-preserved lavoirs (washhouses), a spa town, Bourbonne-les-Bains, and several Renaissance castles. The average property price is €830/m², ranging from €430/m² to €1,230/m². The nearest airports are in Strasbourg and Basel-Mulhouse, and Chaumont is 456km from Calais.

Find properties for sale in Haute-Marne

In the Bourgogne-Franche-Comté region, the department is named after the River Nièvre, a tributary of the Loire. About a fifth of Nièvre is covered by the Morvan regional natural park, which is home to traditional villages and streams, rivers and waterfalls, while the Canal du Nivernais is popular for boat trips. The main town Nevers is on the River Loire and has many fine buildings dating from the 14th to 17th centuries, including the Palais Ducal. Other notable buildings in Nièvre include the Château de Bazoches and Corbigny Abbey, one of the first stops on the Santiago de Compostela pilgrimage route starting at Vezélay. The average property price in Nièvre is €870/m², ranging from €570/m² to €1,130/m². The closest airport Paris and Nevers is 533km from Calais.

Find properties for sale in Nièvre

Part of the Grand-Est region, previously part of Lorraine, Merse offers an average property price of €890/m², ranging from €530/m² to €1,260/m². Many of the great battles of World War I were fought in Meuse and its military cemeteries and memorials are popular with those wishing to pay their respect, especially at Verdun. Meuse is also known for its medieval fortified churches and for its half-timbered houses, especially in the main town Bar-le-Duc, as well as Mognéville and Contrisson. A rural backwater with numerous waterways, including the River Meuse, the department is an anglers’ paradise. The closest airports are Paris and Strasbourg and Bar-le-Duc is 384km from Calais.

Find properties for sale in Meuse

To the south of the main part of the Loire Valley with all the famous châteaux, the Indre boasts charming medieval towns like Châteauroux and Valencay and the picture-postcard villages of Argenton-sur-Creuse, La Châtre, Gargilesse-Dampierre and St-Benoit-du-Sault. The Châteauroux forest offers plenty of walking and cycling trails while in the south-west of the department, the Brenne Natural Regional Park is full of lakes, forests and marshland. Further north is the jewel in Indre’s crown, the Renaissance-style Château de Valencay and its impressive gardens. The average property price in Indre is €950/m², ranging from €660/m² to €1,260/m².

Find properties for sale in Indre

AVERAGE PROPERTY PRICES IN THE
DIFFERENT REGIONS OF FRANCE

This is how the regions rank, although there is clearly much variation within each region.

Previous Article Ian Moore gets a puppy
Next Article Take a stroll in Gerberoy, France’s village of a thousand rose bushes