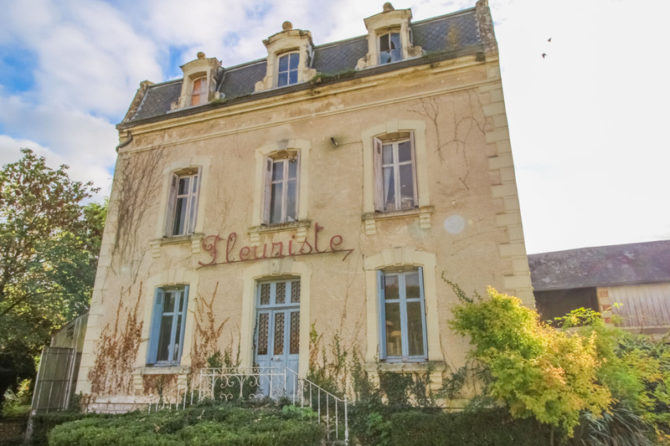 Translating as ‘master’s house’, maison de maitre is the term used to refer to an elegant bourgeois house from the 18th or 19th century. The term is not limited to a particular region of France, nor is it exclusive to a village or town setting. In the countryside, maisons de maitre were likely once home to landowners, while in the villages and towns they would have been owned by important individuals such as solicitors, doctors, or minor aristocrats.

It is the symmetrical facade with its central front door accessed by steps, tall windows, shutters and pitched roof that makes a house instantly recognisable as a maison de maitre. The quoins (corner stones) are generally exposed and arranged ‘en besace’, meaning with staggered, alternating joints to create strength and an attractive edging.

Often set back from the road to emphasise the social standing of the owner and grandeur of the house, they are sometimes surrounded by a wall with gates directly in front of the main entrance. This sense of symmetry is associated with elevated status and some have suggested it would act as an intimidating reminder for any visitors that the homeowner was important. Even today the maison de maitre is something of a status symbol.

Depending on the location, the owners might have lived off agricultural rents, and therefore some maisons de maitre have an accompanying farmstead that was often set apart from the main residence. Symmetrical gardens that are well-maintained are likely to stretch out from the maison de maitre, with topiary and mature trees emphasising the stature of the home and its occupiers.

Behind these stately facades, maisons de maitre typically have high ceilings and evenly proportioned interiors. Grand reception rooms lead off the central hallway which will likely have an impressive staircase and elaborate floortiles. Quite often there will be marble fireplaces at both ends of the house, and in these rooms you will find panelled walls, intricate coving and ceiling cornices. Their practical layouts often result in an almost identical floorplan on both levels, offering four similar-sized square rooms set off from the central hallway.

The generous proportions and elegant exterior make maisons de maitre popular with buyers looking for a spacious home without the maintenance associated with sprawling chateaux. They are usually quite pleasing to the eye, and paired with a blue sky and tidy painted shutters, they can make for the perfect French home with a touch of decadence. Whether set within grounds in rural France or in the heart of town, a maison de maitre will always make heads turn.

Find your own maison de maître:

Previous Article Owning a French Chateau and Becoming Part of the Community
Next Article Collobrières: A Picturesque Provencal Village