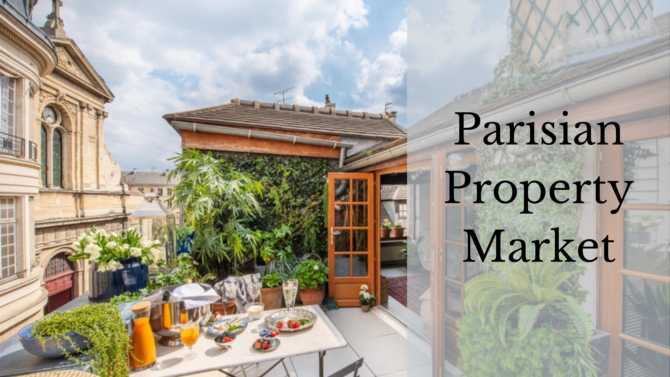 The Greater Paris property market is in robust health as the French capital gears up to host the Olympic Games in 2024, experts say.

House prices in Île-de-France have increased by 5.1% in one year, and apartments by 2.1%, according to the Notaires du Grand Paris. Limited supply, mortgage interest rates at a 50-year low, and a huge investment in infrastructure, are all factors credited with boosting the market.

The capital’s hosting of the 2024 Games will undoubtedly create a one-off surge in the already healthy rental sector, according to the latest market report from Leggett Immobilier. This is mainly due to the infrastructure and development work being carried out as a result.

Matthieu Cany, director at Sextant Properties, adds that “investors might be particularly interested to know that the Olympic and Paralympic Village will be based in Pleyel. The media village will find a home in Duny, introducing a total of 4,500 new housing units. This will inevitably drive the investment appeal of these but also surrounding areas pre- and post-Olympics.”

In 2016, works started on the Grand Paris Express, the largest transport project in Europe, which sees the redesign of Paris’ public transport network. The project is expected to continue until 2030 and its aim is to better link the capital to surrounding areas for two million daily commuters, and improve connections to its three airports.

“The implications are huge for the residential property market in Paris and Île-de-France,” states Leggett. Matthieu Cany agrees: “Similar to the Elizabeth Line’s impact on London’s property market, the Grand Paris Express will bring new opportunities to Paris. The vast extension of the transport network will make a number of Paris suburbs more connected and accessible, which will inevitably attract house hunters and investors alike. With property prices considerably lower in the outer regions of Paris, we expect those micro-markets to benefit from future investments and potential price growth.”

It has been forecast that the number of Ultra High Net Worth Individuals ($30m+) in France is set to double by 2025, bringing a wave of investors to the capital.

What are people looking for in Parisian property?

Buyers’ criteria in Paris has shifted during the health crisis, with balconies now cited as a ‘must-have’ and a need for larger light-filled rooms. Some are wanting to move out of the centre for a better quality of life.

In the wider Île-de-France region, Val d’Oise is popular as are any areas with direct links to the Gare du Nord. The repurposing of older commercial buildings is boosting residential supply, and many Parisians imply they wish to move to western suburbs of Paris for an improved lifestyle away from the centre. Bigger apartments and outdoor space is now in high demand due to an increase in time spent at home linked to the pandemic.