More properties to be built in the French Alps 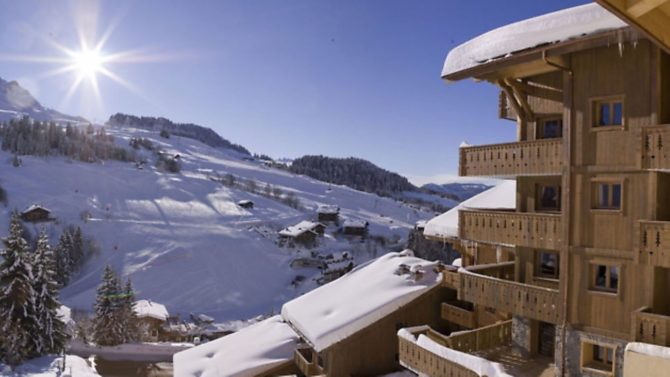 Leading French Alpine property developer MGM is ramping up its construction programme in a bid to keep pace with demand for its leaseback properties in ski resorts.

By the middle of this year the firm’s London sales office, which serves the whole of the UK market, was already on the verge of achieving its sales target for the year. And with the arrival of autumn there is no sign of a let-up in demand.

Experience suggests that a great season on the slopes will be reflected by a boost in the sale of ski properties, and the indications are good for this year. Witness the scramble for seats by early bookers on Eurostar’s snow train and reports of unusually high levels of pre-season reservations in résidences across the French Alps, operated by La Compagnie de Gestion Hotelière – better-known by its initials, CGH – the MGM Group company which handles lettings and management for owners.

Just eight months after unveiling plans for the first in a new generation of luxurious résidences de tourisme designed to meet the aspirations of the high net worth market, MGM had sold all but 18 of the 56 apartments it is building in Chamonix at the foot of the Aiguille du Midi cable car, which lifts skiers to an altitude of 3,842 metres and a 360 degree-view of all the French, Swiss and Italian Alps.

The development – Résidence Cristal de Jade – is expected to achieve five-star status once it has opened for business and been assessed by Atout France. To do so it has to match more than 200 stringent criteria relating to the size and quality of the accommodation and facilities, as well as the range of hotel-style services provided for use by the owners and occupiers of the apartments.

Elsewhere, the popularity of MGM’s new schemes in Tignes, Valmorel and Châtel has prompted the firm to release more leaseback apartments for sale in the second phases of each development. Prices – which exclude French VAT at 20%, waived under the leaseback scheme – start at €230,000 in Tignes, €217,000 in Valmorel and €183,000 in Châtel.

“These are among locations where eager buyers who act now could be holidaying in their own new apartment during the coming ski season,” says Richard Deans who heads MGM’s UK sales office in London’s West End.

Expected imminently is MGM’s announcement about a new development in La Rosière – its fifth in the popular resort – and plans are being drawn up for another new scheme in Les Houches.

Meanwhile ‘old favourites’ include Samoëns, one of the region’s most picturesque traditional market towns, only one hour from Geneva airport by road, where MGM has built holiday homes on numerous sites over many years.

In its latest résidence de tourisme in the town, Les Chalets de Laÿssia – under construction now – apartments currently are available at off-plan prices starting at €225,000.

Richard predicts that Samoëns is tipped to become even more popular as a place to buy a year-round holiday home following speculation that Club Med, having shunned several other French Alpine locations, is about to announce plans for a five-star Trident Club in the resort.

“When they did that in the previously little-known resort of Valmorel, enquiries and sales in our résidence de tourisme there rocketed,” he adds.

A recent French press report that the past year has seen more properties being sold in the French Alps than in the south of France comes as no surprise to Richard: “Prices on the crowded Côte d’Azur have gone sky high, making them unattainable for many buyers and consequently property sales there have tumbled,” he says.

“Increasingly British buyers are recognising that the French Alps are ideal for year-round holidays. Once the winter snows have melted on the ski slopes, the mountain villages and pastures enjoy sunshine and temperatures which can be as high as 30 degrees in the summer.”