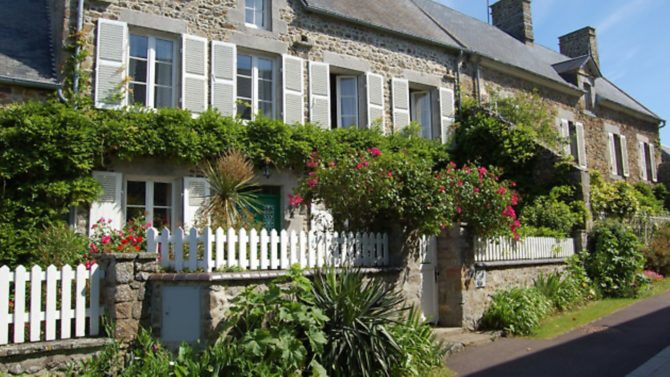 We answer your questions on renting out your home, tax on holiday lets and where to declare your income

Under the terms of the UK/France double tax treaty, only the income tax liability can be offset against the UK tax liability since the social charges are specifically excluded from the taxes that can be included in eliminating any double taxation. There are still questions over the legality of imposing the social charges under EU law and it is likely that it will be challenged in the courts.

If you move to France, your UK source rental income will not be taxed directly in France under the terms of the UK/France double tax treaty. However, the income is included in the tax calculation and a credit is given for the French tax and social charges that would be due on the income. Effectively this will push up the effective marginal tax rate applicable to your other taxable income in France. Any UK source rental income would continue to be taxable in the UK under the normal UK rules, i.e. you would be taxed on the net rental income after any allowable rental expenses.

Question: I have been trying to sell my property in France for some time now and finally have a young couple who are very interested in buying it. They are living together and are getting married late August and the then wife is getting a job in November – they have only the husband’s salary until then and the bank need their joint salaries to consider a loan/mortgage.

We are not using an agency and we are being asked if we can rent the property to them for one year, thereby using the rent against the purchase price to reduce our asking price to meet the bank’s requirements for a loan.

I am concerned that this would be risky and also am not sure about the legal implications, although I assume this would be covered by a contract drawn up by a notaire? We like the idea at the moment but obviously would need to know any pitfalls, such as the sale failing to go through at the end of the year’s rental.

Barbara Heslop of Heslop and Platt Solicitors (www.heslop-platt.co.uk), in conjunction with Maître Benoit Duchan, a notaire based in Chalabres, replies:

It is possible for you to enter into a contract with this young couple on the basis of their intended purchase. Legal completion of the sale and purchase would be conditional on the couple obtaining a satisfactory mortgage offer.

The contract would specify that the couple would pay a fixed sum (une indemnité d’occupation). This is effectively an allowance in your favour in return for being allowed to occupy the property, however this sum would ultimately be deducted from the sale price assuming the sale proceeds to completion. The sum paid would then be treated as a deposit for the purchase.

That said there are various potential pitfalls with this proposed arrangement, which are as follows:

• For the duration of the one year ‘rental period’, you as the seller would have no guarantee that at the end of the year the sale would complete

• If at the end of the one-year period the buyers decide they don’t want to or they cannot buy the property, and they then refuse to vacate it, you would need to take court action to evict them

• From a taxation perspective, the payment/allowance you receive will form part of your potential capital gains tax liability if the sale does go ahead, whereas if the sale falls though, you would be liable to pay income tax on the payment received

• It is crucial that details of the occupation of the property by the couple are set out in the contract (le compromis de vente) and described as use and enjoyment of the property in anticipation of becoming owners (la prise de jouissance anticipée), rather than their occupation being dealt with by means of a separate lease. If the latter course was taken, the couple could claim the right to a three-year renewable lease.

My wife and I own a house in France that is let out for short periods when we are not using it. Our main home is in the UK. We declare the rental income on our UK tax returns. Do we need to register with the French tax authorities and declare income to them as well and, if so, how do we go about this?

Since you are UK tax residents, you are correct in reporting the net rental income on your UK tax returns. However, since the house is located in France, the income arising from the property will also be subject to French income tax. Following recent changes, the income is also subject to social charges, even where the property is owned by a French non-resident.

I assume that you are renting the property on a furnished basis since you are only renting it out during the periods when you are not using it yourselves. In France, taxable rental income from furnished properties is calculated under the Bénéfices Industriels et Commerciaux (BIC) regime, as if it were commercial income. Under this regime, taxable income can be calculated in one of two ways: a simplified regime whereby a certain proportion of the gross income is deducted in lieu of expenses; or you may deduct actual expenses relating to the rental of the property from the income.

Overall, the simplest regime, if the gross income does not exceed €33,300, is the simplified deduction regime, the Micro-BIC. Under this regime, a flat 50% of gross rental income is taxed and formal income and expenditure accounts are not required. Otherwise you may only deduct the actual expenditure relating to letting the property, and, in addition, you would be required to prepare almost full accounts, which would also entail completion of additional tax return pages, all of which would be more expensive than preparation of a tax return under the Micro-BIC method.

The minimum tax rate for non-residents on French source income is currently 20% and social charges are levied at a flat rate of 15.5%. Therefore, if you apply the Micro-BIC, you are likely to pay tax of just under 18% in France on the gross income (35.5% of 50% of the gross income). You could, if you prefer, apply the French scale rates to your worldwide income to calculate the effective rate of French tax on the income, but this may result in a higher effective tax rate depending on your other income.

Under the terms of the UK/France double tax treaty, the UK will allow a credit for the French income tax payable limited to the UK income tax liability on the rental income. The credit is claimed on the foreign pages of your self-assessment tax return. However, please note that social charges are not creditable against the UK liability and therefore there may be a degree of double taxation.

The French tax system is based on self-assessment in the same way as in the UK, and it is your responsibility to ask the tax authorities to issue you with the relevant tax return forms. For non-residents, the tax return is due by 30 June for income arising in the previous calendar year. You may find it easier to contact a French accountant who can assist you with the tax return process.