Why is English and French law so different? 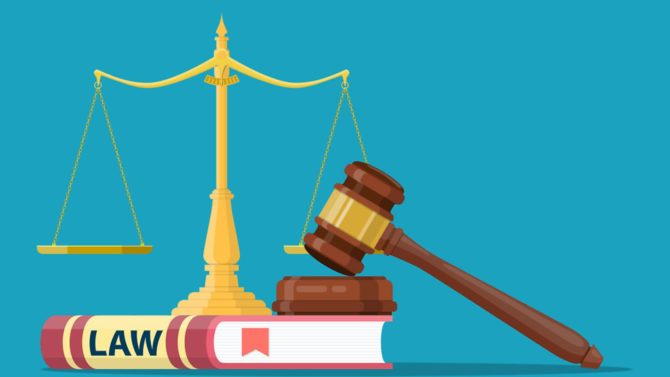 It all goes back to William, Henry and Napoleon apparently – and it still affects French property buyers today

The two most important people in our story are a French emperor and a king of England.

Let’s put aside the question of whether Napoleon Bonaparte was really French himself (he was born in Corsica, less than two years after it had been purchased by France from Genoa). Henry II of England, son of the Count of Anjou, was born in Le Mans in 1133 and died at Chinon in 1189, so he was really more what we would describe as a Frenchman today. Yet both these men were responsible for developing the two major legal systems used in Western Europe and beyond – French civil law (sometimes called Napoleonic Code) and English common law.

They are fundamentally different approaches to achieving justice, and understanding the broad differences makes all interactions with the French legal system – voluntary or otherwise – more understandable.

What makes it all the more confusing is that there are a lot of French words (albeit via Latin and Old French) in English land law. But these are all false friends – just think of lease, tenant, conveyance, demise, mortgage and chattel. There are many more. But they now all have technical and purely English law meanings.

That other Frenchman in English history was William of Normandy, the Conqueror himself (although, as a Norman, he certainly wouldn’t have described himself as French – the Franks were his enemies actually). But dishing out English land to his supporters led to a new language and a new way of defining land ownership that has meant title to land still exists in a way that William would recognise today, although he would be confused about many other things!

French property law took a completely different course – straight from the days of the Roman Empire – the Codes of Justinian. In fact, the Napoleonic Code was directly influenced by this. It’s also why the French legal system is sometimes called a Roman Law system. In fact, Scottish readers, whose legal system is totally different to that in England and Wales, can proudly boast that Scots Law is usually considered to be a Roman Law system (although with many other influences too).

What are the main differences between French Civil Law and English Common Law concerning real property?

Due to the way English and French property law developed, the conveyancing process is very different, with a number of different players whose interests are sometimes different to what we expect. For example, a French notaire, unlike a solicitor in the UK, is chiefly there to protect the interests of the French exchequer, rather than you.

So, it is vital to get proper advice before you even seriously contemplate a transaction. Caveat emptor (let the buyer beware) doesn’t just relate to any purchase but, in this case, it applies to the conveyancing process itself. Understand the hoops that need to jumped through, not just any issues with the property itself.

There is no concept of leasehold in France as we understand it under English law. All French property tends to be freehold (with a few specific exceptions). Leasehold is a concept that goes back to the time of William the Conqueror where lands awarded to nobles were, sometimes, then granted on to others but under various time-limited titles Some forms of title no longer exist but the concept of leasehold still very much does. So, complex things like have one leaseholder deriving their rights from a superior leaseholder – with the head lessee at the top – are not uncommon, especially with commercial property.

This is all completely wacky to a French lawyer. Rather – and similar to the system in Scotland – French apartments are purchased freehold with certain obligations shared with the other owners. Again, it is important to understand the obligations relating to these before proceeding.

Of course, neither William, Henry or Napoleon could have anticipated holiday let or timeshare arrangements. Needless to say, tenure and contractual obligations are understood very differently and, again, caveat emptor applies to the process.

There is no concept of trusts in French civil law – those artificial financial and ownership structures that not even Henry could think up. These started to emerge in England and Wales more than 100 years after his death. In France, all owners of property – just the same as the beneficiaries to somebody’s estate – have direct ownership in property bequeathed to them. If you are used to trust arrangements then take early advice before you even think of buying your dream appartement or drafting your dream last will and testament disinheriting all your family, as French Civil Law may have other ideas!

Finally, we hope that you won’t get into any disputes but, remember the systems of courts that both Napoleon and Henry set up all those years ago still exist today (with many changes). Disputes are handled very differently in the two countries. Virtually all civil law systems – France included – are inquisitorial systems of justice. These are judge-led, so it is the judge who decides on what evidence can be presented, what witnesses are called and then comes to a decision about the case, based on the appropriate Code, be it Civil, Criminal and so on.

No one type of legal system is the better than the other, so don’t be starry-eyed about English Common Law. Disputes can be handled very differently in France. But that might even be to your advantage, depending on the circumstances.

Napoleon may be the last person on your mind when you make your dream purchase in France – even less some medieval monarchs. Yet they may be the cause of, at least, some of your confusion about the different process.

And you can present a more open mind than, perhaps, they did.