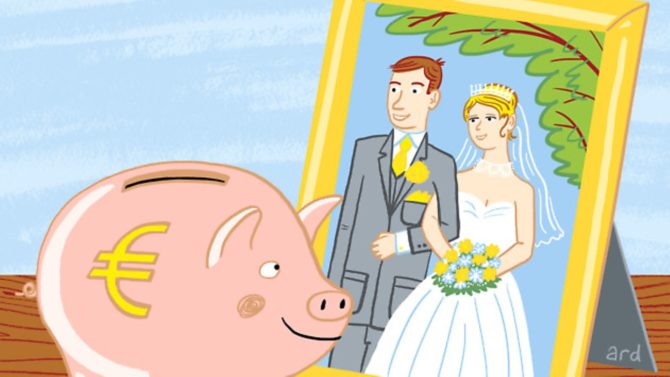 A couple who choose not to get married in France can find themselves paying considerably more inheritance and income tax than married couples. Legal expert Matthew Cameron explains the position

For the most part a couple who have completed either a British Civil Partnerships Agreement (CPA) or a French Pacte Civil de Solidarité (PACS) are now treated the same as a married couple in terms of taxation. However, there are some differences as you will see below.

A standard position for a British couple would be for the surviving partner to inherit all of the deceased’s estate. While this may well be possible, there will not be the complete exemption from inheritance tax that would apply were the couple married: anything inherited by the partner would potentially be taxable, in the same way as the remainder of the estate.

There is an inheritance tax exemption for anything passing to a surviving spouse in France as well. However, if the couple are not married, anything that the surviving partner may inherit from the deceased would be subject to inheritance tax at 60%. And while there is an initial tax-free allowance, this is less than €2,000, so to all intents and purposes, is negligible. This rate of tax is applied to ‘strangers in blood’; the analogy is perhaps indicative of the way unmarried couples are viewed, by the taxman at least.

Again, it should be stressed that the exemption to inheritance tax would apply equally to a couple having completed a PACS or an English CPA as to a married couple; and a married couple may be of the same sex or different sexes (as confirmed by an amendment from 2013 to article 143 of the French Civil Code). It is the unmarried couple that is subjected to the high level of inheritance tax.

Inheritance rights on death (that is, what a surviving partner may expect to be entitled to inherit automatically) differ substantially as well; and there is a difference between marriage and other forms.

In accordance with French law, a surviving spouse would generally be able to inherit at least a part of a deceased’s French estate; the actual amount depending on a number of issues, such as whether the deceased had children, and whether those children were common to the marriage or from another relationship. On the other hand, such minimum rights of inheritance do not exist in favour of an unrelated couple, nor to a couple having completed a PACS or a CPA.

Of course, the new EU Succession Regulations, as well as various steps that can be taken for the purposes of estate planning, can affect the inheritance position.

Income tax is applied to married couples on a ‘household’ basis. This is different from the situation in the UK where everyone completes their own income tax return. Where the couple are married or subject to a PACS or CPA, French income tax is calculated by taking an accumulated total of income offset with multiple allowances potentially available. The number of allowances will vary in accordance with the number of children in addition to the number of people in the ‘household’. An unmarried couple would be separate ‘households’ for this. Inevitably, the income tax calculation is substantially complex. However, it is clear that differences can arise, just as they can between unmarried and married couples.

It is evident that a number of differences may exist, depending upon whether a couple is married, unmarried, or in a civil partnership. Careful planning and expert advice are therefore extremely prudent, at the earliest possible opportunity. There may be some more romantic reasons to marry than tax reduction alone, but the potential expense avoided could pay for an extremely good wedding reception!